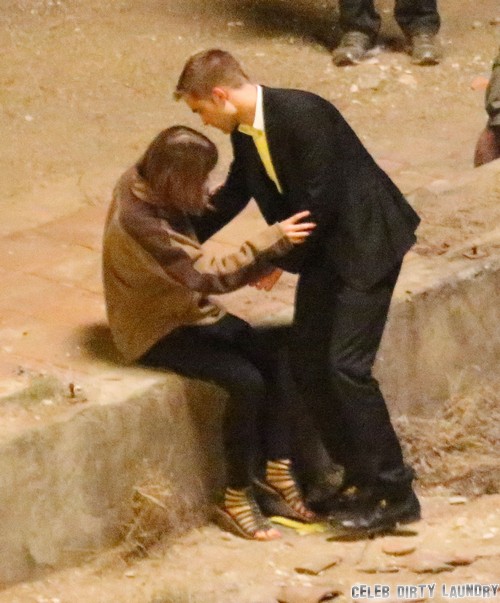 I think it’s pretty amazing that Robert Pattinson chose to waste nearly 5 years of his life on trampire, Kristen Stewart, don’t you? I mean there had to have been something wrong with him to believe that he needed to spend so much time being pushed down by the dead weight of that misery princess! While Rob was out signing autographs and being very humble about the success of the Twilight trilogy there was always Kristen grumbling, bashing the fans who had made her and disrespecting every bit of the industry that had decided she was worth a shot.

No wonder Rob spent 6 months not dating anyone at all publicly. He must have been so relieved to kick the negativity to the curb that he didn’t need to bring anyone else into his life for months. Now, according to the Oct. 7th print edition of In Touch magazine Rob has been dating Dylan Penn for awhile and likes her enough to take her out in public, knowing that the two will then become linked in the press. Aside from being a stunning model, Dylan’s famous parents are Sean Penn and Robin Wright Penn so she is part of Hollywood royalty.

Maybe most important, Dylan doesn’t seem to have any of those qualities that make Kristen so damn annoying and negative. She was raised away from Hollywood and seems pretty grateful for the success she has found. No wonder Rob seems happy! Dylan is stunning, humble and has a personality! Do you think he intentionally has looked for a woman that is the opposite of his ex or did he just stumble onto what might be a great catch? Tell us your thoughts in the comments below!