Robert Pattinson And Kristen Stewart Make Up and Back Together: Sneaking Some Loving? 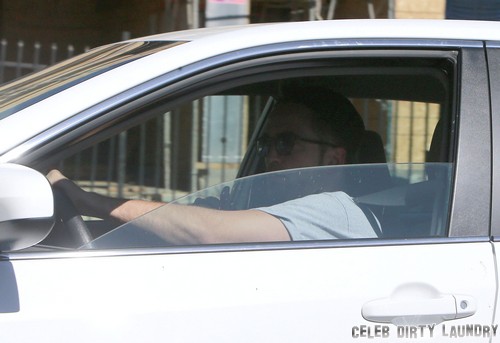 Are the grungiest, dirtiest, and hipster-iest couple in Hollywood back together? Robert Pattinson and Kristen Stewart broke up ‘permanently’ several months back after a year of breaking up and getting back together, but Rob’s been rumored to be hooking up with Riley Keough over the last month. However, new photographic and video evidence today showed Rob stopping over at Kristen’s house for a bit, looking nervous and shifty.

There are many, many reasons why he could be there, but the most popular theory is that they are back together. Obviously, he could be collecting things he left behind, giving her back anything of hers that he still has, or merely staying in touch. After all, the official reports all stated that Rob and Kristen were trying to remain friends, even if their breakup was not very amicable. Alas, Twi-hards refuse to believe any of the above, and they are already tweeting #ROBSTENUNBROKEN FOREVER!!!! I don’t blame them – this is proof that if you wish something hard enough, it might come true. I mean, they could be delusional, but stopping over at an ex’s house for several hours is definitely not completely innocent.

Look, until we know more details, we’re not going to know what really happened. Logic dictates that Rob was probably there to tie up some loose ends, and of course he’s going to look nervous – he’s about to come face to face with his ex-girlfriend after months of not seeing her! But to say they are already reunited might be jumping the shark a bit.

Again, this is totally not going to matter to Twihards, so for you guys, party away! For others with only a passing interest in Robsten, we’ll keep you updated on the ongoing status of their relationship.