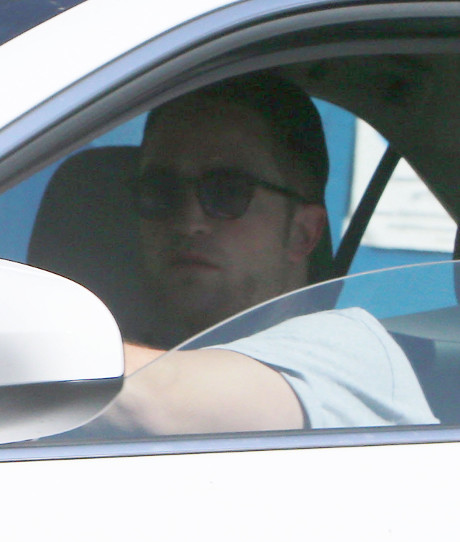 In some of the biggest news to surface today, Robert Pattinson reportedly took a little drive over to Kristen Stewart‘s house last week! Why was Mr. Pattinson spotted at the house of his ex-girlfriend, the girl who basically ripped his heart out and stomped all over it? The photos apparently surfaced on the news site X17 (click here for photos). According to the site, he was trying to keep a low profile when he arrived and even appeared to be extremely nervous. Well, yeah, I suppose he would be! He’s only been the subject of one of the biggest celebrity romances of the decade!

While many Rpattz/Kstew fans hope that this will be the start of some epic reconciliation, let’s not get our hopes up quite yet. I won’t be surprised if the two get back together, as they’re drawn to each other like magnets, but I don’t think we should jump all over the story without giving their reunion time to marinade.

Robert has been linked to many girls over the past weeks and months, one of them being Riley Keough. Maybe after dating around he’s finally realized that, despite Kstew’s past wrongs, he’s willing to give their love another chance. A source tells Us Weekly that they’ve stayed friends, even in spite of what’s happened, but everyone’s hoping this lil’ reunion will be the start of something much, much more.

What do you think, friends? Will this epic love get another shot?