Robert Pattinson Bans Kristen Stewart From Visiting Him In Australia, Needs A Break From Her 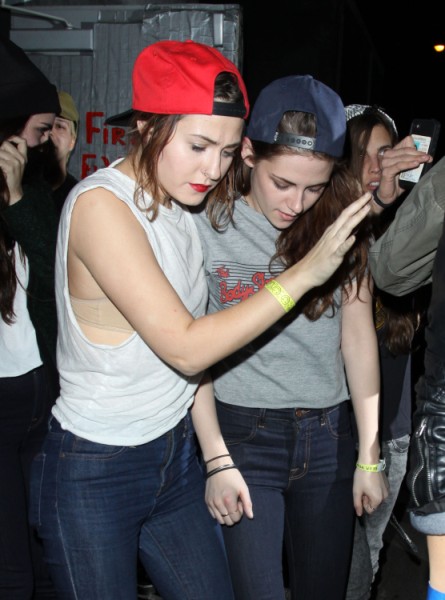 Really? He gets the whole damn country? BURN! I don’t know Twihards… even I’m a little nervous here. Things don’t look so great for Edward and Bella right now. It’s turning out that Rob Pattinson might actually be using his stint down under as a break from Kristen Stewart after all. Reports are coming in that he’s pretty much banned her from visiting him because he wants to evaluate their relationship without her constantly around. That’s actually super smart and mature of him although I doubt Kristen sees it that way.

But before we all start freaking out let’s keep in mind this is from In Touch magazine so it’s likely full of shit. According to its sources Kristen is pulling a full on stage four clinger and calling and texting him constantly so he’s just ignoring her all together now. Oh, and going out to a concert with Taylor Lautner was supposed to make him jealous. Um… I can think of a few major reasons why that wouldn’t work….

Look, I have no idea what’s going on. It does seem strange to me that Rob and Kristen would go seven weeks without seeing each other but, on the other hand, Australia is freaking far man. That plane ride isn’t easy. Maybe they’re so strong that seven weeks is no big deal. Maybe Rob is pulling a Daniel Day-Lewis and really getting into character. Maybe Kristen doesn’t like hanging out on movie sets when they are not hers. There’s plenty of reasons why they could be keeping their distance. And, really, seven weeks is not the end of the world for adults. When you’re 17 (or Suri Cruise), not seeing you boyfriend (or dad) for that long can seem like an eternity but now there’s Skype and a whole bunch of modern conveniences to make it seem manageable. Do I just want them to stay together? I don’t know. Not really, actually. I’m kind of over the whole thing. But let’s face it, Rob and Kristen, as a whole, are good for gossip so I am a little invested in their relationship!

Do you believe the “Robert Pattinson bans Kristen” story? Doesn’t it seem a little extreme? If he was going to ban her wouldn’t he have done it after the cheating episode? What’s so special about right now?