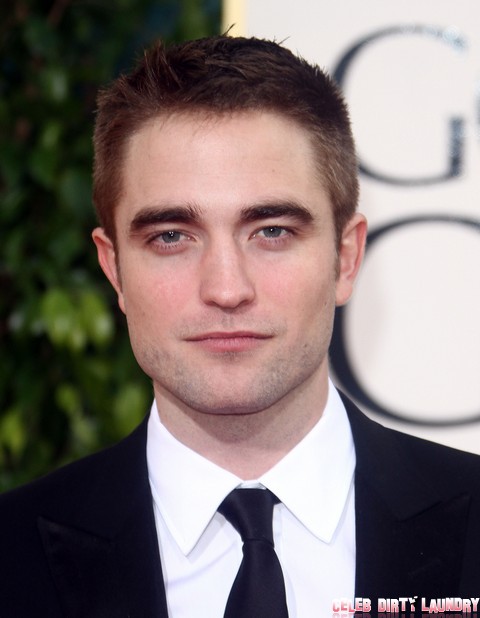 Robert Pattinson has joined Benedict Cumberbatch in The Lost City Of Z, to be directed by James Gray and produced by Brad Pitt‘s Plan B films. In an increasingly humorous twist to the casting proceedings, Rob will play Benedict’s son in the movie, despite the fact that they’re barely ten years apart in real life.

Brad was originally set to play the lead character in the film, but he ended up taking a backseat, preferring to produce instead. Those who have read the script say that it’s very loyal to the book that it’s based on, and although it’s categorized under ‘action adventure’, it’s a lot more philosophical than the plot description lets on. And what’s the plot, you ask? Simple enough – a father and a son set out to find the mythical city of gold, El Dorado in the treacherous jungles of South America.

So it will be two of the Internet’s favorite/least favorite people starring together in a major studio film. You know what this means, don’t you? EPIC promotional tour, you guys! When it comes to Benny and Rob, there are no mixed feelings – people either love them or hate them, or love to hate them. Both of them also have little to no filter, and their stand-alone interviews are already a storm of hilarity and second-hand embarrassment. Can you imagine the shit storm that awaits us when they team up?

When it comes to the purely technical aspect of the films, Benedict will probably act circles around Rob. Let’s face it – Rob isn’t the world’s most talented actor, even if he’s trying his best, bless his heart. Hopefully, he’ll have improved enough by the time he films this movie that he won’t be a complete embarrassment, but it’s likely he was cast solely because of his international clout with distributors.

What do you guys think about Rob and Benedict teaming up? Let us know your thoughts in the comments.