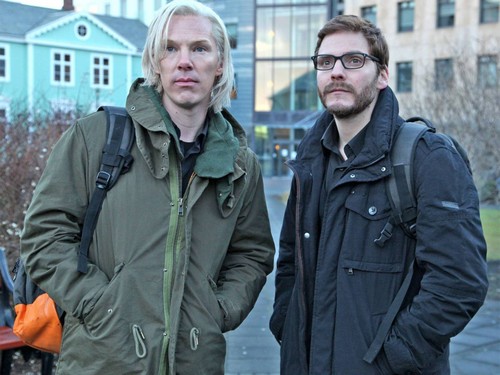 So, Benedict Cumberbatch‘s first solo leading attempt at a major movie failed. Not only did The Fifth Estate flop at the box office, it flopped so hard that it actually became the biggest flop of the year so far, and don’t forget that this year includes movies like Paranoia and Movie 43.

So what went wrong? Well, Entertainment Weekly published an in-depth article about why the film failed, and while they didn’t point their finger at Benedict Cumberbatch, the consensus seems to be that he’s not yet a big enough star to headline films purely on his name.

First things first, the movie sucked. It’s clear that everyone involved, including Dreamworks, was trying to make this another Social Network type situation, but that only works when the film is genuinely good. The Fifth Estate had a shoddy script from the start, and director Bill Condon‘s talents have clearly been dulled by working on too many Twilight movies. Despite a talented cast, the film should never been put in wide release, especially not with tepid reviews and most of the American audience not knowing or caring who Julian Assange was.

Entertainment Weekly does note that one of the best parts of the movie was Benedict’s performance, which has also been hailed by critics. For this reason, his reputation as an actor won’t be damaged. His reputation as a leading man, however, might be. Up until now, Benedict has always been a character actor, with the odd leading role here and there. He headlines Sherlock, but that’s really about it.

With the Fifth Estate failing, EW notes that it might be some time before studios take a risk on him again, barring the movies already in production. I hope this doesn’t spell bad news for The Imitation Game, which Benedict’s currently shooting right now, alongside Keira Knightley. I selfishly want the film to do well, considering it’s one of the best scripts I’ve ever read. But I think the movie’s quality will speak for itself – and besides, it’s awards bait.

I think when EW says Benedict won’t be trusted as the leading man, it will be for roles that are typical ‘leading man’ roles, not necessary character based awards bait films. We’ll have to see how that goes, but for now, Paramount’s The Lost City of Z might be the only film that will stall. It was initially supposed to be Brad Pitt in the lead role, but they chose Benedict as the replacement. With the abysmal box office performance of TFE, will they keep Benedict as the lead, especially with high box office aspirations for the film? I guess we’ll just have to wait and find out.