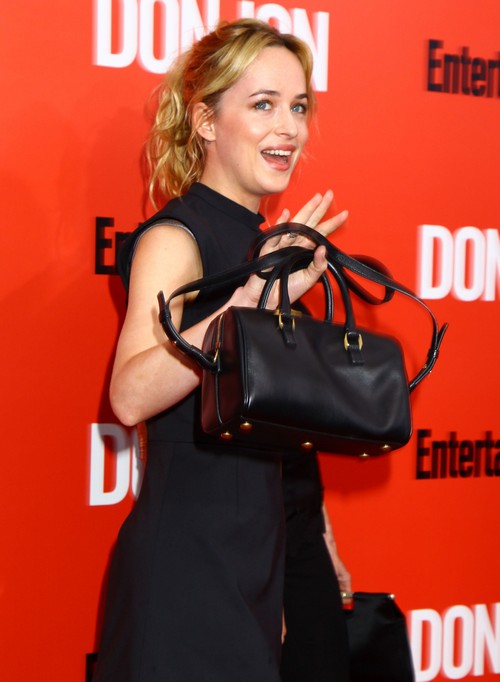 I think Charlie Hunnam has gotten more press in the last 5 weeks than he has in all the other years of his career combined. Fans had a really strong reaction when Charlie was cast in the coveted role of Christian Grey in the Fifty Shades of Grey film that if lucky, will turn into a trilogy a’ la Twilight.  Charlie is a hit on Sons of Anarchy and we have heard that the studio had him at the top of their list to portray Grey. Even when he refused to sign on the dotted line without knowing who his costar would be, they pacified him and eventually convinced him that Dakota Johnson can breathe life into Anastasia Steele.

Make no mistake, the two had chemistry that survived table readings and they heated things up when filming together, but something obviously went really wrong here. Of course Charlie is claiming that his filming schedule for SOA just doesn’t jive with the time investment that Fifty will require. You realize that is a flaming pile of crap, right? Believe me, scheduling is worked out LONG before anyone signs a contract. This is just an excuse that sounds good while not placing any blame where it might actually belong.

From where I’m sitting I see two possible scenarios and both of them revolve around Dakota. Onscreen chemistry doesn’t mean that these two get along and a trilogy is a five year commitment to each other, basically. Knowing in advance that your best case scenario means that you will spend a nice chunk of your life making movie magic with someone that you can’t stand is actually a big sacrifice. Look at how Robert Pattinson and Kristen Stewart’s lives became intertwined due to the fan frenzy over Twilight. Even if they wanted to take breaks from each other the fans weren’t having it and neither was the studio! Plus Dakota has had serious drug issues in recent years and those closest to her worry that the scrutiny already may push her off the slippery slope before filming even starts. What sounded good on paper may have proved damn near impossible for Charlie in day-to-day life.

The other possibility is that Charlie values his current life with his longtime girlfriend way to much to risk it. Maybe the chemistry with Dakota was a bit too much and he knew that the two would end up getting super close, especially with the non-stop nudity and sexually charged content. Perhaps Charlie decided it wasn’t worth the gamble. In order for this film to really fly he and Dakota needed to be believable both onscreen and then every time they are at an event together. Whether it does well or not, filming Fifty was going to mean a total life disruption and he may not have ultimately wanted to destroy things that are already good.

Why do you think that Charlie bailed? Tell us your thoughts in the comments below!