Robert Pattinson Rebounding with Demi Lovato: Is This Real Love? 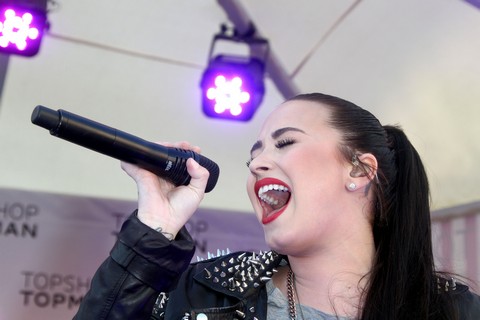 Robert Pattinson has been down under, filming The Rover since mid-January and before leaving L.A. He was rumored to have split with longtime trampire, Kristen Stewart. The two had a multitude of issues that were stressing the actor out. First was that whole trust thing. Kristen had cheated right under his nose so how the heck was he going to trust her when he is in Australia?  Apparently she was trying to convince him of her undying love by smothering the heck out of him which also was a huge turn off for the actor.

By all appearances Kristen has been on her best behavior back in L.A. And we all know that Rob isn’t sitting in his movie trailer twiddling his thumbs. Just ask the hot blonde he was spotted on a date with! Now it looks like there is a chance that something is brewing between Rob and former Disney star, Demi Lovato. Her crush on the actor was revealed by Selena Gomez and Demi has been doing some interesting  interviews with Australian media. She is planning to visit- and soon.

Where better for Rob and Demi to meet up than in another country, far from the U.S. Paparazzi that would never give them a minute of privacy to determine if a second date was even worth the bother?  It has been said that she might not exactly be Rob’s type but I tend to doubt that he really wants to spend his whole life with a whiny misery princess like Kristen was. He may ultimately favor dark haired women, but I’m betting he didn’t mind unloading the moodiness that he put up with for years.

Demi hasn’t been seriously linked to anyone in a few years and even when dating she is very private about things. Do you thing Rob is just looking for a rebound and a little fun at this point? He takes relationships so seriously it makes me almost wonder if the man is capable of just a casual, “friendly” arrangement.

Are some sparks flying between Rob and Demi? Will it lead to anything more than dinner and maybe a romp or two? Tell us your thoughts in the comments below!