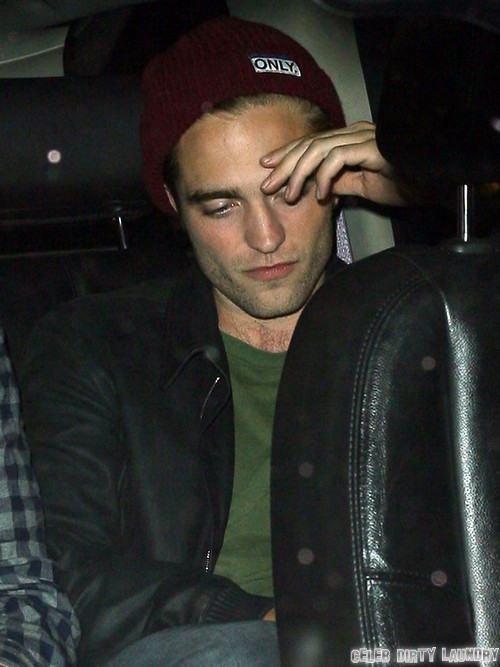 Nobody hates Twilight more than Robert Pattinson, despite the fact that he owes his fame and fortune to that series. I don’t exactly blame him – neither he nor Kristen Stewart knew what they were getting into when they signed on for the first Twilight, and the books and movies, unlike The Hunger Games or Harry Potter, aren’t exactly quality storytelling. If I was associated with the franchise, I would feel the same way. But would I say it in public? Probably not. After all, if it wasn’t for Twilight, Rob would still be a struggling actor working to pay his rent. He’s earned millions and millions dollars because of the franchise and he never has to work another day in his life if he doesn’t want to – so what does he have to complain?

Not only does he constantly diss Twilight, but he made also made fun of Twilight fans in a recent interview, saying, “What’s really weird about Twilight fans is that they’re not really teenagers. Most of them are older. Twilight has its own fan culture that existed from day one. And in an intense way that didn’t exist before. Sometimes I ask myself what these masses of people do the whole day. They sit in front of their computers and comment on anything having even remotely to do with Twilight.”

Damn, Rob. I mean, he’s never been shy about holding back his feelings on the franchise before, but that’s pretty harsh. True, but harsh. I also don’t understand how most of these women, whether they be young or old, have time to spend hours and hours stalking the actors and commenting on everything and anything to do with them. What happened to jobs, children, and families? Do they just not have them, and Twilight is the placeholder?

I will be fair, and say that a lot of the bad rap that the Twilight fandom gets is from a few crazies. There are a lot of sane people who love the books and films, and it’s unfortunate that their reputation has to suffer because of people like Nutty Madam.