Robert Pattinson & Katy Perry Spotted On A Wedding Date – Are They A Couple? 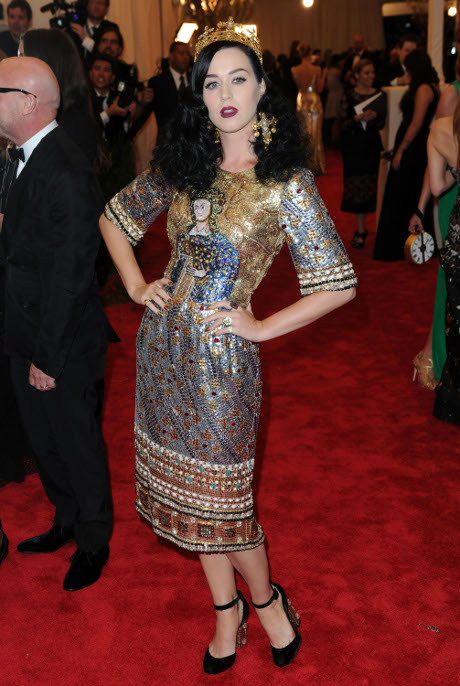 It’s only been a few weeks since Robert Pattinson and Kristen Stewart broke the Twilight fandom by breaking up for good. Have either Kristen or Rob moved on? Kristen has been spotted post-breakup with friends, but it’s Rob that looks like he’s keen to get on with his life. He was spotted flirting it up with an unnamed brunette girl at a bar the other day, and now it looks like he’s hitting up wedding parties with Katy Perry.

Now, Rob and Katy have been friends for a VERY long time, so there’s a high chance that this is nothing but an outing between two close friends. However, it’s the fact that they’re at a wedding rehearsal together that’s a bit suspect. A source tells People Magazine that Katy and Rob attended the rehearsal in Santa Barbara on Saturday afternoon, with an eyewitness explaining, “Katy and Rob were just sitting next to each other watching the wedding rehearsal in the main courtyard area. They were dressed very casually. She was wearing a hoodie and big sunglasses. There was no PDA between them and no body language that showed they were dating.”

However, this eyewitness also added that she had no idea what Rob and Katy were doing there, since they weren’t mingling with anybody and were not ‘affiliated’ with the wedding party.

So, two friends hanging out at a wedding rehearsal without knowing the guests – a bit strange, isn’t it? You know what’s even more odd? As soon as this article appeared on People’s websites, it was pulled down almost immediately. There’s a cache version available, but the main article is no longer on the website. This means one of two things: either the eyewitness was speaking out of her ass and lying, or someone’s publicist didn’t like this article and requested People to pull it down.

Now, as much as I make fun of People for being a celebrity mouthpiece, they make sure to verify their sources before posting an article, especially when the article is on A-list celebrities like Robert Pattinson, Kristen Stewart, and Katy Perry. So the chances of the story being inaccurate is much, much lower than someone’s publicist not liking it and requesting its removal. Now, the question is: whose rep requested the take-down? In all honesty, it could be any one of the three. It’s probably not Kristen’s rep because she’s not directly linked to this story, but it could very easily be Rob’s or Katy’s rep. Either way, there’s more to this story than is being reported.

If it really was two friends hanging out, NBD, why hide it? Everyone knows Katy and Rob have been friends for a long time, so it shouldn’t be a big deal right? However, the article getting removed definitely hints to something else going on. Plus, Katy’s already been in the center of the tabloid stories with the Robert Pattinson/Kristen Stewart breakup, and this will just bring a whole new wave of hatred towards her from the Twi-hards.

Do you guys think Rob and Katy are dating? Is it just innocent? Let us know what you think in the comments.