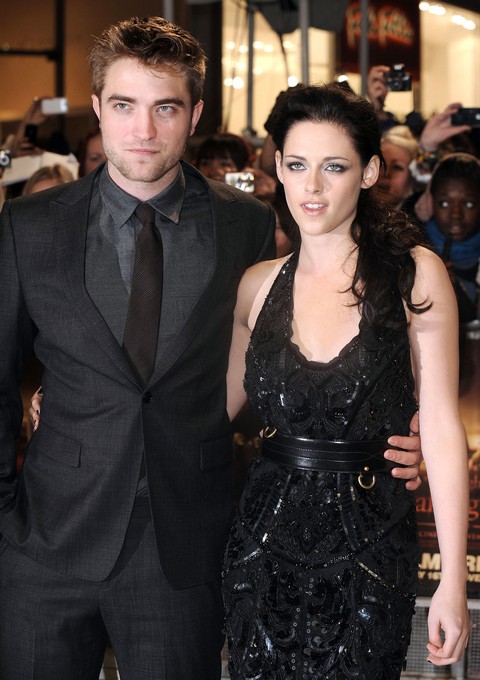 Are Robert Pattinson and Kristen Stewart on again or are they off? I guess it depends on who you listen too. We had previously heard that the embattled couple split before Rob left for Australia on Jan. 17th because trust was still a huge issue and he didn’t want to even attempt a long distance relationship with his cheating sourpuss.  Now it’s starting to look like that initial report may have been a red herring of sorts.

According to the latest issue of OK Magazine the couple is not only together but very relieved to kiss the intense scrutiny and pressure of the Twilight whirlwind goodbye. They had put their original wedding plans on hold as they attempted to reconcile against Rob’s families better judgment but now a new plan has been hatched. Rob suggested an Australian wedding within the next two months. Why Australia? Because it would be difficult for his whole family to make it and so there would be less negativity and conflict on site! I understand needing to ultimately follow your heart but it sounds like Rob wants to do a quickie thing if this report is true and it’s probably not in his best interest because Kristen has a history of infidelity.

How is the couple staying in touch while an ocean apart? They’re reportedly Skyping an awful lot. Not just to chat but Rob likes Kristen to leave hers up so that he can watch her make breakfast and go about her life. Maybe he’s also making sure that she’s not sneaking her next side dish into their love nest on the sly.

So what do you think, since we have reports at opposite ends of the spectrum. Are Rob and his misery princess completely over or are they planning a family free Australian wedding? Tell us your thoughts in the comments below!