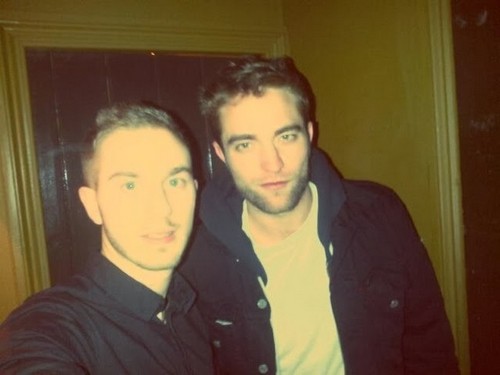 As always, Robert Pattinson is supposedly missing Kristen Stewart. I have a feeling that Hollywood Life purposefully looks for fan photos of Robert Pattinson purely so they can write the title ‘Robert Pattinson takes photo with fan – misses Kristen Stewart’. I don’t necessarily blame them – it’s Twi-hard baiting, which is quite possible the easiest thing in the world to do. All you have to is pretend that Kristen and Rob are still longing for each other, even a year after they broke up.

Anyway, HL’s ‘sources’ claim that Kristen spent the holidays with her family, which I’m sure is a big leap to make – not. Where else would she be spending Christmas if she’s in Los Angeles and her family’s here?

Regardless, what is actually going on with Kristen and Rob? We hear things, we see things. We hear different reports almost every day, including rumors about them getting back together, or possibly staying friends. We hear Rob may have had a few rebounds, and that Kristen may be hooking up with her co-star. But it’s hard to see the truth through all these layers of fan fiction and made up stories. And neither Rob nor Kristen has been particularly forthcoming with their side of the story.

What we know is that they broke up earlier this year, after getting back together to finish up Twilight promotion. Sources say the split was Rob’s decision, and he’s seemed fairly happy with that decision. Even though he and Kristen were spotted together fairly recently, sources say that they were ‘friendly’ visits, which could mean that it was ‘friendly’ [cough] or just friendly. Either way, a photo of him posing for a fan does not indicate that he is ‘pining’ for Kristen, especially considering the fact that he’s at home, with his friends and family, and not in the cesspool that is Los Angeles.