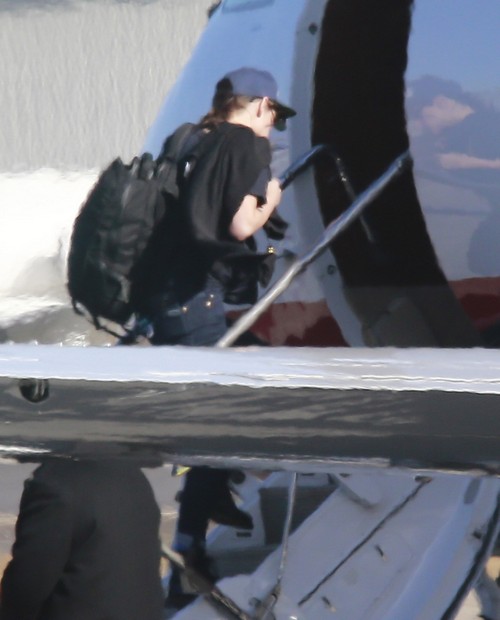 Twi-hards would like to think that their beloved couple, Robert Pattinson and Kristen Stewart, are some sort of star-crossed lovers that will always find their way back to each other. But real life unfortunately doesn’t work that way, no matter how passionate their relationship may have been. Official sources are still sticking to the party line of Rob and Kristen being ‘just friends’, although I wouldn’t be surprised if they were ‘just’ friends with benefits. But one thing’s certain: they’re not dating, and they sure as heck aren’t spending the holidays together.

There was a massive deal made out of the fact that they didn’t spend Thanksgiving together, although Hollywood Life tried their very best to make it seem like they did. Now, we know that Rob did NOT invite Kristen to spend the holidays with him, although several of the more outlandish reports are making it seem like Rob’s spending his entire time in England pining for Kristen. He’s with his friends and family – why would he be pining for Kristen? Why would he be pining for the girl who cheated on him? He’s mature enough to have buried the hatchet with her, but that doesn’t mean he’s going to jump back into a relationship with her.

Now, I’m sure there’s some part of him that misses being in such a steady and comforting relationship. Rob and Kristen did date for a very long time, and that sort of familiarity is hard to come by. But with his career skyrocketing at such a pace and spending time at home with people who know him very well, I doubt he’s really dwelling on his ex-girlfriend.