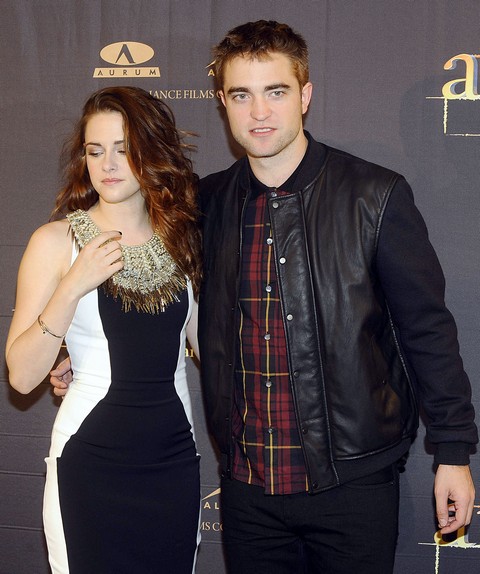 Robert Pattinson and Kristen Stewart reunited again. This is no doubt the stuff of Twi-hard dreams, but will it come true? After the epic failure of ‘The Host’, it’s clear that Stephenie Meyer’s Twilight really had that special ingredient, and part of that is the magical mix of Pattinson and Stewart together. Bella and Edward, together forever.

However, Stewart and Pattinson, while they have never stated outright that they won’t work together again, have been doing everything in their power to disassociate their image from Twilight. Pattinson, in particular, has been working non-stop since Twilight ended, and he has some pretty interesting movies lined up.

Now, for rumorville. Pattinson was spotted at the Intercontinental Hotel on March 29th for a lunch meeting, and a report from Hollywood Life states that the lunch was a business meeting for a new film. A source told Hollywood Life, “He was [at InterContinental] for about an hour talking to a few guys in suits, very business looking with what appeared to be scripts on the table.” Apparently, he frequents the bar and restaurant at the hotel frequently, with another source adding, “Robert Pattinson has been here on a few occasions speaking to people in our lobby area.”

Now, there really is nothing to suggest that the film will reunite Rob with his lady love other than some unsubstantiated rumors. But hey, we can dream, right? Not so much for wanting Rob and Kristen to be reunited on screen, but more so for the epic meltdowns that would occur in Twi-hard nation.

Now, in terms of whether Rob and Kristen should reunite on screen, I think most parties [including Rob himself] would reply with a resounding no. Rob is clearly trying to build his resume, work with well-known and respected actors, and diversify his filmography. His working with Kristen again is definitely not going to help with that – especially considering that he’s never worse on-screen than when he’s acting with her. Exhibit A: Twilight. Exhibit B: New Moon. Exhibit C: Breaking Dawn. So let’s hope he hasn’t lost his mind and that the business meeting was about some other film.