Robert Pattinson Lands New Role In ‘The Childhood Of A Leader’ 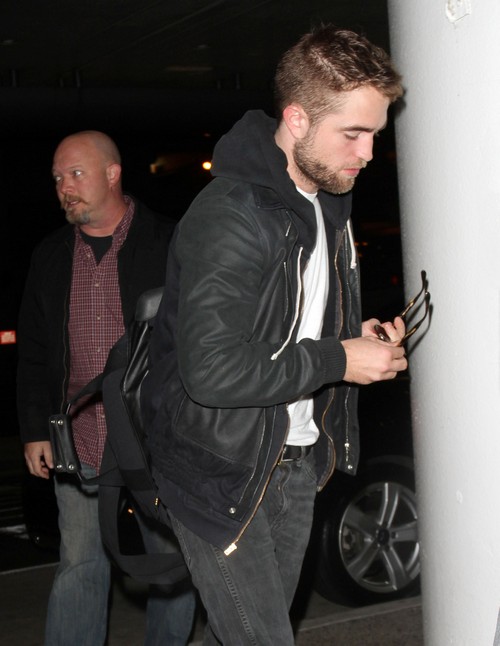 Robert Pattinson‘s career is on fire after the Twilight Saga wrapped, something no one really thought possible after witnessing his stellar acting skills as a sparkly vampire. Of course, he’s proved many of his detractors wrong by choosing his post-Twilight roles very carefully, and electing to work with great directors and actors as opposed to just picking cliched blockbusters. It’s funny – before Twilight started, Kristen Stewart was being touted as the future Oscar-winner and critically acclaimed actress, but in all honesty, Rob has a much better shot at that right now than Kristen does.

Rob’s already attached to several prestigious films, but he can add yet another to his resume. According to reports, he’s just been cast in The Childhood Of A Leader, a drama also starring Tim Roth and Juliette Binoche. According to Variety, the film will focus on the story of a post-World War One youth. Production is reportedly aiming to begin in May, which means Rob will be booked solid with roles for the next year, at least.

He’s currently on vacation in England, but he’ll soon begin production on Mission: Blacklist and Queen of the Desert. Then, he has Life with Dane DeHaan prepping and The Lost City of Z with Benedict Cumberbatch in pre-production. He already has Maps to the Stars and and The Rover in post-production, and at this rate, he’ll have more films coming out in the next two years than most of the Twilight cast combined.

Just goes to show – it’s all about hard work and maintaining a good reputation in the industry. Rob does seem genuinely interested in building his acting skills, which is always a bonus. I think he’s had enough stardom to last him a lifetime, and everything he does seems designed to take him further and further away from his Twilight persona.