Robert Pattinson Leaving Kristen Stewart Again – Why and When? 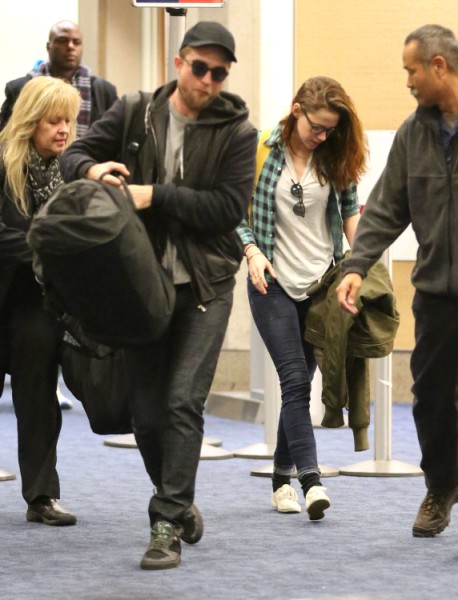 Although Kristen Stewart and Robert Pattinson went through a rough patch and briefly split when Kristen’s affair with married director Rupert Sanders was revealed last year but they have put it behind them and appear to be trying to work it out. Kristen is really concerned that Rob will be leaving soon to shoot his next film, Maps To The Stars. Rob just got back! How fortunate that he will be leaving the actress so soon again. Kristen don’t be afraid of the separation just make sure you focus on Rob and how to make up for your scandalous past.<>“This is by far the happiest Kristen has ever been and she’s more in love with Rob than ever,” the source explains. “She is absolutely dreading to have to say goodbye to him when he leaves for his next project.”

Kristen you are scared to say goodbye to the love of your life because the fact is when Rob is not around you cannot remain faithful.  You just received a birthday gift from Rob and although you are sad, leaving is a part of what happens when stars are career-oriented people who share young love.

“Right now Rob is her priority. It’s been really important for her to show this to Rob — that their relationship comes first.”

Maybe if Rob was your priority from the start than you would not be in this predicament. The bright side is that at least you and Rob will be moving back in together. While he is away on the his next project why not show him you can be faithful as well?

Do you think Rob should use the time apart as a way to see if Kristen truly does love him? Should Rob invite Kristen to join him on the movie set? Let us know what you think.