Robert Pattinson & Co-Star Sarah Gadon Hooking Up: Rob Doing Everything He Can To Forget Kristen Stewart! 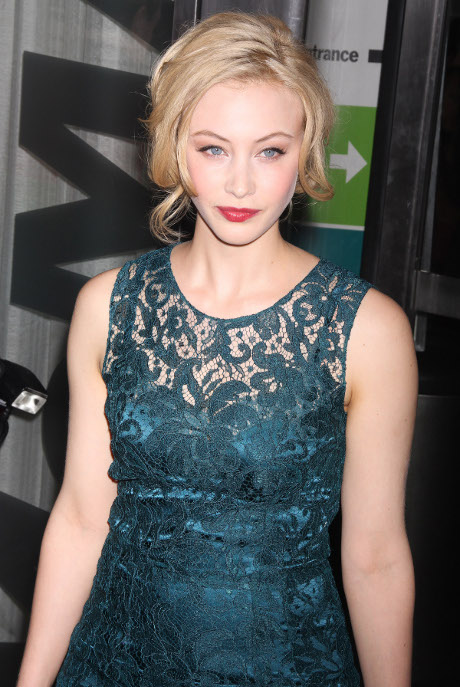 Robert Pattinson and Sarah Gadon are getting it crackin’! We all wanted Kristen Stewart and Robert’s Twilight romance to spill over into the real world, but that epic love didn’t last long. It’s hard for Twilight fans to swallow the warm slimy bittersweet gossip, but Robert obviously wants you to stop associating him with Kristen Stewart. The sizzling hot actor has been rumored to be hooking up with a variety of young Hollywood women, including Riley Keough, Michelle Rodriguez — and now Sarah Gadon has found her way into his growing list of potential loves.

Robert Pattinson and Kristen Stewart are over, and OK magazine proves it by suggesting a crush between Rob and Maps to the Stars co-star, Sarah Gadon. The actress has been uppermost in Rob’s mind while they are filming in Toronto. There’s a real spark between them, and they’ve already been spending time together when filming ends for the day. According to OK!, Gadon enjoys teasing her leading man and making jokes at his expense.

Poor Kristen has no one except her new black puppy. Kristen Stewart recently dropped out of upcoming flick Focus after Will Smith replaced Ben Affleck as her co-star. Then she verbally assaulted a paparazzi. Robert Pattinson is determined to drop the ‘Trampire’ association and continue building his resume.

He’s stopped smoking cigarettes to work on getting healthy and fit for Hollywood’s competition. How else can he shake the Edward stigma and prevent the best role of his life from becoming the worst role of his life? Will he ever be accepted outside of Twihards, and garner respect like Ryan Gosling?  His new co-star, Sarah Gadon, is a witty cutie pie, but does he really like her? Or is Pattinson just looking for an interruption and conclusion to the Twilight romance? The entire situation must be more confusing and harder than Anthony’s wiener.