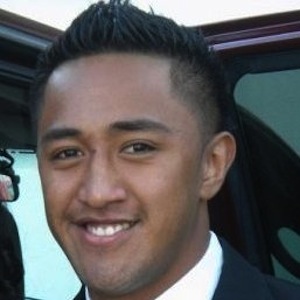 Buckle in, because this story is about seven shades of bizarre. Manti Te’o was a defensive player for Notre Dame who got an internet girlfriend. He and Lennay Kekua spent several years as friends, communicating over Facebook, texting, and calls. Eventually, the two started dating, after Lennay was involved in an LA car accident. Te’o got the news from Lennay’s brother.

Last June, Lennay told Te’o that she had leukemia, and the tragic news became motivation for Notre Dame’s team. Then, in September, Te’o got a call saying that Lennay had died and tweeted “I may not hear your voice but I do feel your presence.” Te’o skipped her funeral, fulfilling his promise that he would play football, no matter what.  But in December, Te’o got a call from Lennay, saying she wasn’t dead. He was, naturally, furious about the hoax.

In the past week, Roniah Tuiasosopo has confessed to the elaborate hoax, in which he pretended to be Lennay’s cousin. Radar Online reports that Tuiasosopo has sought professional help, calling a mental health expert to his home for a meeting on Sunday night. A family source explained, “There are concerns for Roniah’s mental health right now. Roniah absolutely maintains that Manti had absolutely nothing to do with the hoax and that he had no idea the woman didn’t exist and was made up b Roniah. Manti is the true victim in all of this and that’s weighing heavily on Roniah.”

The hoax has brought unprecedented media attention to the college football player, and many were at first disgusted that he would create an elaborate story about a dead girlfriend for publicity. Te’o has maintained his innocence since first he learned about the prank, and told ESPN’s Jeremy Schaap, “I wasn’t faking it. I wasn’t part of this.” Te’o is scheduled to be interviewd with his parents by Katie Couric this Thursday, and it will be interesting to hear his take on the story.

If Te’o didn’t know what it meant to be catfished, he does now! Let this be a lesson about the internet: be careful! You may know not to give out your address or share incriminating photos or documents, but cyberspace hazards have increased, and we’ll all live easier lives if we just stay out of the drama! Do you feel bad for Te’o in this, or should his four-year relationship with no face-to-face contact should have been a red flag in and of itself?