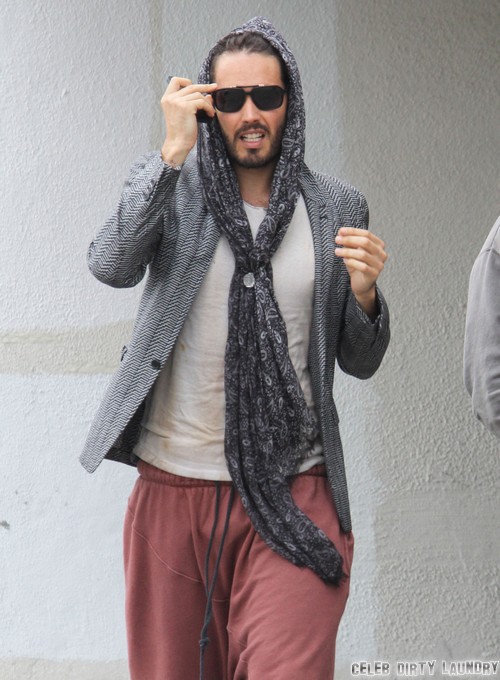 Russell Brand wants everyone to know that when he was still with Katy Perry, he never cheated on her. You would think that he would be banging everything that moves because he’s been such a known womanizer. But, he has insisted that the opposite is true!

In a new interview with British Esquire, he said, “When I’m in a relationship I’m diligently monogamous and stick to the principles agreed on within that relationship. You’ve got to, I think. But it’s going to be hard if I go into a monogamous relationship.”

He went on to say, “I live a life where I have a lot of freedom, so if I meet someone and go, ‘Right let’s be monogamous’, that’s a f**king change.’ But I tried it and I loved it. I really think she’s a lovely beautiful person. It’s just hard, isn’t it? She’s got a lot of options, I’ve got a lot of options, so you’ve got to really, really want it.”

He said, “Some of it’s the fame, but I think getting married is – you’ve got a whole other person that you’ve got to make as important as you!”

Do you believe him? Do you think he stayed faithful to Katy? Sound off in the comments below!