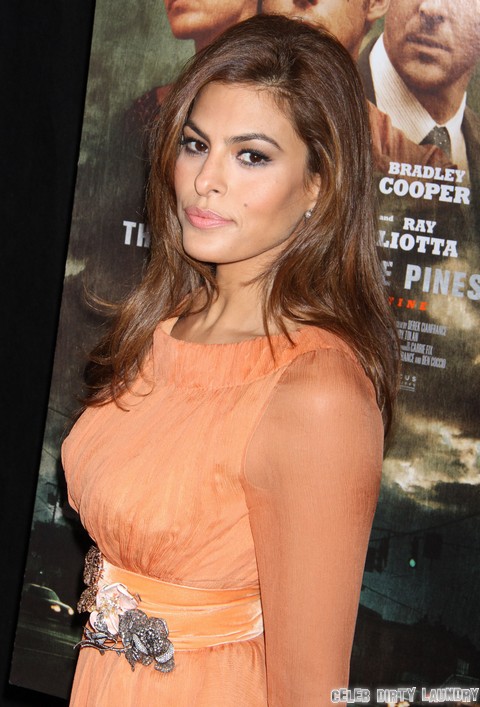 Can there be such a thing as too much nudity? Well, apparently Hollywood A-lister Ryan Gosling has finally come to that conclusion. He has been dating the way-hot Eva Mendes since September of 2011 and it seems that the couple is dealing with a huge and unusual issue. Eva prefers to live her life in the buff and when at home she never wears clothing. At first according to the April 22nd print edition of STAR Magazine, Ryan thought he totally hit the jackpot. Every day was like Christmas for him and all of his friends were jealous that he had a hot girlfriend that paraded her stuff for him non-stop. Now it seems the constant nudity has desensitized him to the thrill and he is frustrated beyond belief – not sexually either.

Ryan is said to be embarrassed because he can never bring anyone home without them catching an eyeful of Eva. What makes it worse is the fact that she doesn’t care who sees her near perfect body. He has repeatedly asked her to put clothes on and she finally has begrudgingly agreed to at least wear a robe when company comes calling.

Can you imagine the millions of men that would thank their lucky stars to have a problem like Ryan’s dilemma? Eva was supposedly furious with Ryan for even suggesting she cover up. She thought he was absolutely insane to want her dressed. Apparently Eva exudes the same confidence as Jon Hamm when it comes to sex and she was stunned that her commando show didn’t encourage Ryan to join her rather than scold her.

Would you have a problem if your significant other insisted on strolling around naked no matter who was around? Tell us your thoughts in the comments below!