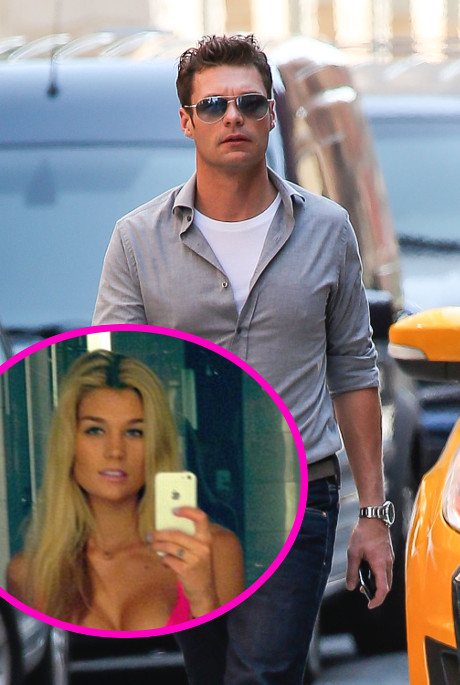 Ryan Seacrest was spotted out and about recently with a new girl and people are beginning to wonder if she’s his girlfriend. No official announcement has been made yet regarding the status of their relationship; however, whatever the condition of their romance, it’s fair to assume that they’re “close” friends, as one source claims he brought her along on a Thanksgiving vacay with the parents.

Shayna Taylor, 23, is blonde, quite pretty, and several years younger than Seacrest. Hm, interesting, does the description of this girl remind you of anyone else from Ryan’s past, perhaps someone by the name of Julianne Hough? Shayna isn’t an actress and doesn’t really have a solid foot in Hollywood other than the fact that she seems to frequent popular Hollywood circles, hit up fancy house parties (supposedly how she and Ryan met a year ago), and post never ending streams of selfies on Instagram alongside her model friends.

Seacrest has been a single fella since breaking up with Julianne in March, so now seems like a perfect time for him to find a new romance. What do you think about Ryan’s new (girl)friend? Do you think these two are hooking up — or perhaps official BF/GFs? Let us know your thoughts in the comments section below.

It’s quite clear that Ryan has a thing for blondes — but maybe he should branch out a bit. What if his soulmate is a brunette!? He’ll just be caught in this never ending parade of blondes with no hope of settling down (sort of like George Clooney). Oh, dear . . . the struggles of the rich and famous.