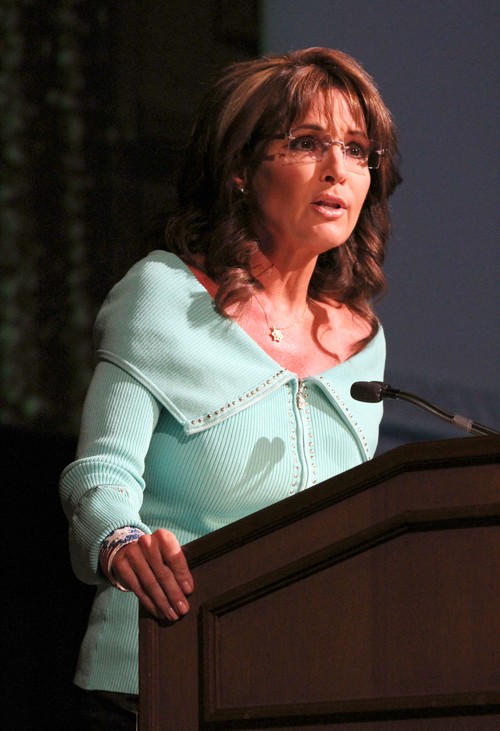 Sarah Palin refuses to go away, and this time, she’s hinting that she’ll run for Senate. You know, so she can haunt our nightmares and never leave. Well, all I can say is that at least it’s not the presidency or the vice presidency this time.

Palin went on Sean Hannity’s radio show the other day and blabbered about President Obama and how he’s ruining our economy. You know, the usual. Then, she announced that she might be running for senate in Alaska.

She tries to make it seem like other people want her to do it and are desperate for her to do it. She explains, “I’ve considered it because people have requested me considering it, but I’m still waiting to see what the lineup will be and hoping that, there again, there will be some new blood, new energy, not just kind of picking from the same old politicians in the state that come from political families that have sort of [remained?] up there for so many years because too many of them have been part of the problem.”

This from the woman who had her own reality show for a quick second. Of course we did have Michelle Obama presenting an Academy Award this year, albeit remotely.  Wouldn’t it be great of the political animals would stop trying to entertain us and actually just do their jobs?  I don’t want to hear politics from my entertainers and I certainly don’t want entertainment from my politicians.

I love how Sarah’s all like, the people want me. If the people wanted you to be in office, they would have elected you the first time. The people of Alaska might have to deal with her idiotic speeches if she achieves her goal of kicking out the current senator – Democrat Mark Begich.

What do you guys think about Sarah Palin running for Senator in Alaska? If any of you live in Alaska, how would you feel about this? It’s sort of amazing that she still has as much credence as she does, but then again, there are a lot of people who stand very strongly by what she says. I just prefer a politician who doesn’t take advantage of their position by turning it into a for-profit venture, regardless of their political stripe… DWTS anyone? Let us know what you think in the comments.