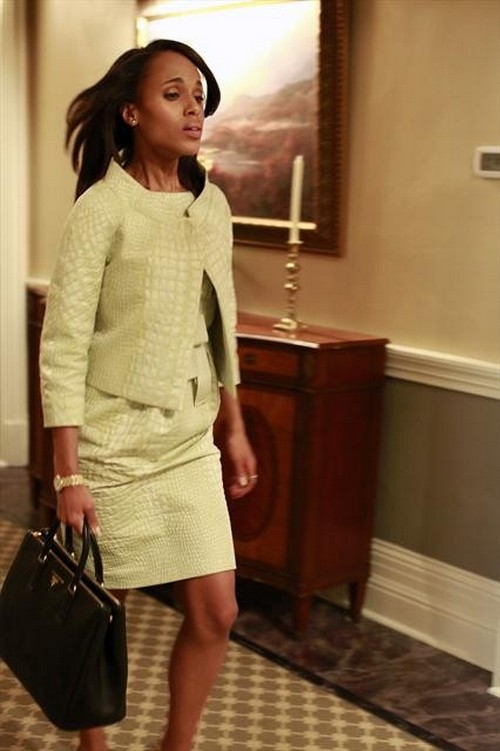 SCANDAL returns to ABC with a new episode called, “Whiskey Tango Foxtrot.” On tonight’s show everything changes.  Scott Foley guest stars on tonight’s show as Jake Weston. Did you watch the show before the hiatus. We did and you can catch up HERE!

On last week’s show as David uncovered the truth about the Cytron case, things came to a head for Olivia, Cyrus, Mellie, Hollis and Verna. Backed into a corner, the five conspirators went to extremes and, in some cases, unconscionable lengths to protect themselves and/or the ones they love.

On tonight’s show after discovering the truth behind defiance, Fitz is still struggling to figure out whom he can actually trust. Meanwhile Olivia is trying to move on with her life, and she meets a handsome stranger, Jake Weston (Scott Foley), who sparks her interest.

But when Fitz and Olivia are forced to be in the same room again, real sparks fly and things get heated. Back at Pope & Associates, the team handles a new case, and for the first time they’re working with David Rosen instead of against him.

Tonight’s episode looks like it is going to be a great episode and you won’t want to miss it, so be sure to tune in for our live coverage of ABC’s “Scandal” Season 2 episode 13 at 10 PM EST! While you wait for the recap, check out s sneak peek video and some pics from tonight’s episode below!

Have you been watching Scandal the past few weeks? Talk about non-stop action and tonight’s episode begins with a bang. Olivia is trying to work off her frusterations by swimming laps but while doing so she keeps flashing back to her hot hookups with Fitz. Meanwhile Mr. President is beginning his morning drinking in the shower. Mellie decides to join him and offers to do all the work. He rolls his eyes and takes another swig while his wife drops to her knees. Lucky for Fitz Cyrus knocks on the bathroom door and interrupts. Four americans are being held hostage . Fitz gets dressed and joins his staff to watch the hostage video. He realizes they are not Red Cross workers but the captives are actually US operatives.

Meanwhile David Rosen has been set up. He wakes holding a knife besides a naked, slaughtered blonde named Wendy. He was clearly set up and the police are at his door. He manages to lie to them in order to get rid of them and then calls Olivia. She tells him there are two choices. He can either tell the truth and pray the police take the tough route in order to clear him or else move the body and try to cover the crime that he was set up for.

Olivia’s team digs up all sorts of dirt on Wendy. Apparently she was using sex to get all sorts of secrets and they have a lot of people to sift through.  David asks Olivia if she is the one who tried to have him framed and meanwhile Liv is wondering if Cyrus was responsible. She meets with Cy in the park and he tells her that he feels like Fitz watches his every move. Liv tells him she thinks that Fitz knows they all worked together to rig the election results and that’s why he is acting so cold.

Cyrus confides in Mellie that Fitz knows about Defiance (the code name given to the election-rigging) and she has a hard time believing it. Cy is worried because Fitz isn’t allowing him to do his job and it is completely messing up the presidency.  Meanwhile David is pulled in for questioning and has to return to his old office to face the guy who replaced him. He is adament about not killing Wendy and after viciously defending himself he’s allowed to leave.

Liv has met a knew guy named Jake. They introduced themselves to each other with bogus jobs but now she has tracked him to the pentagon to chat.  Jake volunteers nothing because all of his info is classified. He does offer to take Liv out to dinner so that they can not discuss all sorts of things. Olivia leaves him to go to David. She tries to tell him that whatever Wendy knew was huge but he shuts her out and says he wants no part of her version of help.

Cyrus confronts Fitz when he believes Fitz is about to make a bad decision regarding the hostages. Fitz actually listens probably because he seems to care more about the scotch that he’s nursing than anything else.

Later on in their car Mellie talks to Fitz about shutting Cyrus out. She tells him that Cyrus rigged the election and that he’s right not to trust him. Fitz tells Mellie that he wants to send in an extraction for the hostages and Mellie supports the decision. It’s exactly what Cy warned him about.

Everyone gathers for baby Ela’s baptism, including Olivia. She and Fitz keep staring at each other and finally Liv sees an out and tries to make a fast escape. As she is flying out of the building Fitz catches up with her and grabs her by the arm. He drags her into some sort of control room where they have a smokin’ hot hook up. When it’s over she tells him about defiance and making a mistake. Fitz tells her it was betrayal and that they are done.   Fitz watches as the operative team is about to rescue the hostages but they realize the team was sent to the wrong address. Fitz realizes there is a mole and he has no idea who to trust.

David calls Liv and gives her Wendy’s flashdrive which is filled with military secrets. David now really needs Liv’s help Liv calls Jake to schedule that dinner date and during their banter he says he doesn’t like quiet places and that people watching is his thing. Jake walks into his living room that is set up with surveillence videos and one of the screens shows live feed from Olivia’s home! Tune in next week to see what happens next!