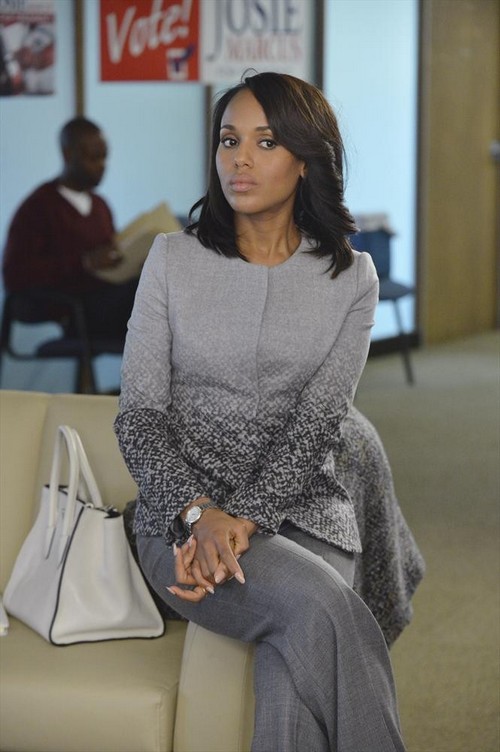 Tonight’s SCANDAL returned to ABC and it fast becoming my favorite series, great writing, great characters and lots of twists.   I just cannot wait until the next episode, while you wait for next week’s episode, as usual, we have some juicy spoilers and a sneak peek video of “Everything’s Coming Up Mellie” for your enjoyment below!

On tonight’s show Olivia had to make a very important decision that affected all of her relationships in the White House, and Harrison’s allegiance to the Gladiators was tested. Meanwhile, the team continued to prep Josie Marcus while Cyrus and Mellie plot against her.  Did you watch tonight’s episode?  We did and we recapped it here for you!

Spoiler alert: If you’re one of those people who doesn’t like spoilers, stop reading now! We have some juicy spoilers for you about the season 3 episode 7 of ABCs “Scandal.”

Official ABC Synopsis: “Mellie is still trying to recover from the public backlash of the last year so she decides to do a hard-hitting news interview. Meanwhile, as Cyrus continues to plot against Sally Langston, we learn how Fitz, Mellie and Cyrus became a team. Back at OPA, Huck continues to push Quinn away, but Quinn’s bloodlust could get her into some dangerous situations.”

On next week’s episode Fitz, Mellie, and Cyrus’ backstory is revealed and Mellie’s strength is pushed to the limits.   Quinn may get herself in some trouble.

Scandal Season 3, Episode 7 “Everything’s Coming Up Mellie” airs on ABC on November 14th, 2013. Check out the preview video & some photos from episode 7 and let us know in the comments below what you think!