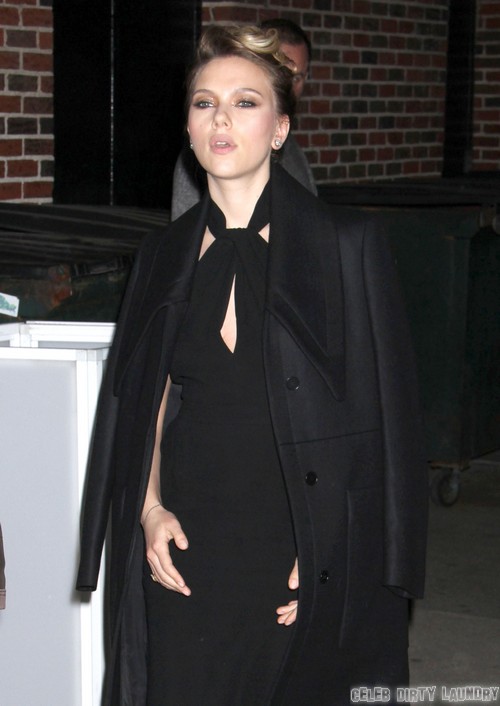 Scarlett Johansson has sparked rumors that she is engaged to her boyfriend Romain Dauriac. Even though the couple has only been together for roughly three months, it appears that he may have already popped the question!

Scarlett was previously married to actor Ryan Reynolds before they divorced in 2011 after two years. She was recently spotted wearing a large diamond ring on her engagement finger while walking around in New York with her current squeeze.

Reportedly, the ring is a pear-cut diamond and she was seen wearing it as she meandered around the East Village with her 30-year-old boyfriend. After they were introduced by mutual friends, they had been dating since November. That was directly after she split with her ex-boyfriend Nate Taylor.

She was keen on trying to keep her relationship with Romain under her hat, according to the latest gossip. She has previously spoken about enjoying the idea of marriage, but never said that she wanted to do it again any time soon. She revealed, “I got married when I was young and it was incredibly romantic and I liked being married, actually. But it is different It’s hard to put into words. To me, being in a functioning relationship doesn’t mean you have to be married. I never think about marriage. Is that weird? The only time I ever think about it is when people ask me. It’s really not important to me.”

Do you think that she would get engaged after only dating this guy for three months? Thoughts? Hit the comments and let us know what you think!