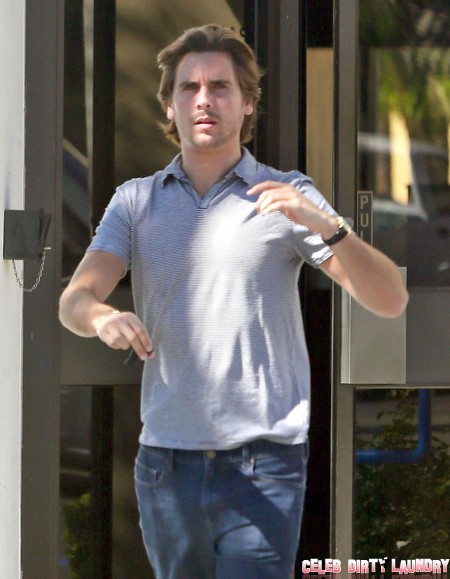 Khloe Kardashian and Kourtney Kardashian’s partner, Scott Disick, have been the proverbial “bitches in the backseat” for as long as their popular reality show has been running. According to Us Magazine, this bitter feud between BF and future sister-in-law has taken a turn for the worse – and by worse we don’t mean Honey Boo Boo at a gas station with horror in her eyes; we mean Jerry Springer-meets-The Sopranos-meets-Satan worse.

On an episode of Kourtney & Kim Take Miami, Khloe and Scott headed to an ice cream shop in the Florida heat. However, at this quick, drive-by-ice-cream, the two hotheads had a moment straight out of a bargain bin romance DVD. A little vanilla soft-serve ended up on Khloe’s luscious lips, so Scott – in all of his splendid and overworked wisdom – “reached over to wipe it away”.

Khloe screamed, “Scott! Oh my God! Don’t touch my lips dude! You gotta stop!” (We think the recent Russian meteorite crash was actually Khloe’s lid falling from space) Scott, however, didn’t stop with the lip-wiping and the bedroom eyes. He then said to Khloe, “You’re really workin’ that cone, Khlo! You’re a very sexual eater. In all honesty, who wouldn’t want to be that cone? Your milkshake brings all the boys to the yard, does it not?”  Scott, let Celeb Dirty Laundry teach you a valuable life lesson: Your lame jokes are like late night stomach flu vomit – it settles in your throat and you can’t help but throw up in your mouth a little. The horrific, borderline awkward flirting didn’t stop there. Later in the episode, while the Kardashians shook their junk in a club, Scott “pawed at Khloe the entire night”.

Khloe – shockingly, not-so-shockingly – revealed her dismay and reasonable horror to her sister the following night. “He kinda crossed a line with me. It was so uncomfortable. I felt so violated,” Khloe murmured. Luckily, all was fine and dandy in this family of carnival tricks – Scott apologized to Khloe and Kourtney afterwards, saying: “After hearing [Khloe] say [it] out loud, I kind of understand that I pushed a line.” How clever of you, you sexual creature!

And in other news, a small portion of America just spilled a Big Mac on their PC screens.