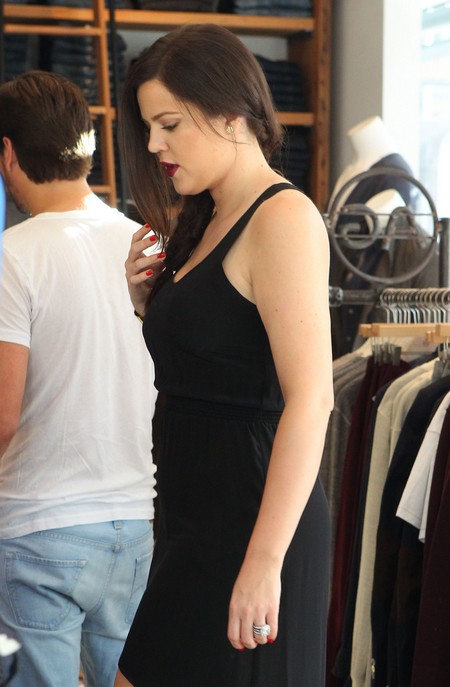 Khloe Kardashian will not be returning to X Factor’s third season as a host, it has been reported. The reality star failed to impress producers at the show, who had hoped that her Kardashian fanbase could attract more of a younger demographic, but instead, they had to deal with a very uncomfortable woman on stage who happened to rely on Mario Lopez  and nip slips to save her at awkward moments.

Khloe joined the X Factor after her mom Kris Jenner managed to persuade bosses at the show that the 28-year old would be a perfect for what they were looking for; she’s popular, confident and funny. But once the cameras started rolling, Khloe was far from what everyone was hoping to see, which is why she has been told her contract would not be renewed with FOX. The talent show has been doing so badly in season two, they constantly tried to revamp the show to try and see what would work best but noting helped. There was no way they could bring Khloe back, seeing that if the upcoming third season does poorly, the show will be axed completely.

X Factor has been averaging at around 9 million viewers from week-to-week, which is rubbish when you compare them to other shows such as The Voice and American Idol who manage to attract an audience of 16 million. Maybe Simon Cowell’s show is cursed? Look at it this way; Nicole Sherzinger, Paula Abdul and Steve Jones were all booted off from the first series as bosses thought they were the reason for the “below average” start to season one. Then Britney Spears comes along, demanding $15 million, and still nobody can be bothered to watch.

The New York Post reports that Kardashian has been told they don’t want her back for the upcoming season, explaining that she’s all over the place (awkwardly flirting with Simon, messing up her lines, suffering from malfunction problems with her outfits, and looking extremely uncomfortable on stage). When you pay someone “millions” of dollars to do a job for you, you don’t expect them to mess up, do you? Especially when they can’t even give you anything in return, such as adding more viewers to the show.

Mario Lopez, the second co-host who definitely came across as a more natural presenter, will continue his role on the show. This time, he will be the only one hosting the show, seeing how bad things were last season around – it will be better for them because Mario happens to be very professional and they will save more money: “They are asking Mario [Lopez] to come back, but not Khloe,” before adding that no hard feelings were left between the reality star and FOX, right! It’s a business decision and Khloe is aware of this.  Khloe is a talentless bum, like all the Kardashian/Jenners – let’s face it.