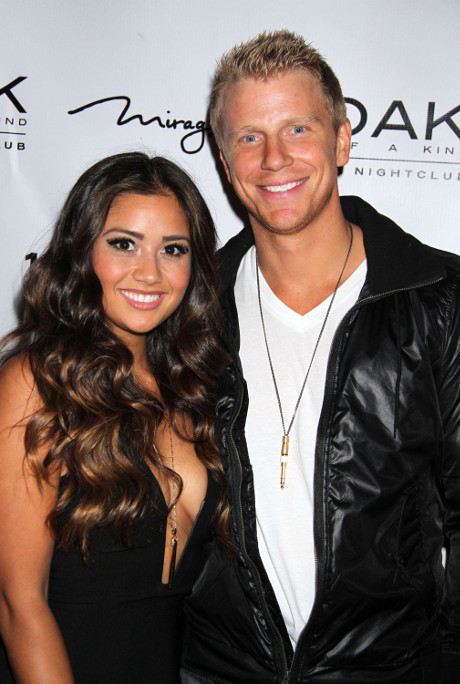 Seah Lowe and Catherine Giudici recently returned to Seattle for an engagement party, and the couple seemed quite happy to be in the Pacific Northwest (who doesn’t love the Pac NW?). After the The Bachelor wrapped up, Sean and Catherine were swept up in the media; soon after that, Sean took his steps into the Dancing with the Stars ballroom, and not long after that the two planted themselves in Sean’s home state of Texas. Needless to say, Catherine was super excited to return home to have a stellar engagement party with all of her close friends and family.

Catherine hit up a couple of  her hometown faves, including Ballard Annex Oyster House, where her mother and bridesmaids threw her a nice little party. After that, the party moved to BalMar nighclub, where they held a private section upstairs. Lots of dancing ensued, and witnesses say that the couple was having a great time together. Who knows . . . . Maybe this couple will actually last? We probably shouldn’t jinx it.

While Sean and Catherine were looking for some private time with their friends, nearby fans couldn’t stop gawking, and the both of them were apparently super nice and willing to chat with onlookers. The party seemed like it was a great one, but it eventually came to an end. The couple returned home to Texas on October 6th. Are you looking forward to this wedding, which will most likely be televised?