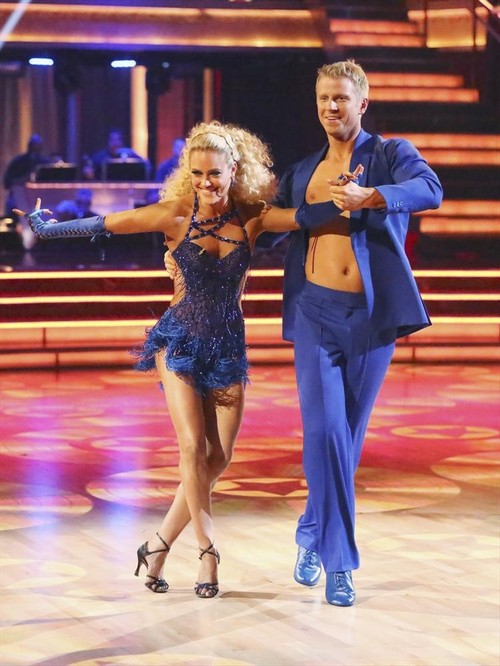 SEAN LOWE danced a RUMBA on the seventh episode of Dancing with the Stars: 2013 performance show tonight.  On this week’s show the seven remaining couples hit the dance floor for the ever popular, Latin Night.   The couples will perform to a Latin-inspired hit.  If you missed the show, we recapped tonight’s show for you and if you want to see how all the couples did go HERE!

Judges comments: Carrie Ann: “Well, well, well Sean who is the hero now, I am very impressed. Tonight the music was pulsating through you.  The chemistry was great.”  Len: “It was like a match Peta was hot and you were not as much.  You hand kept flapping away.”  Bruno: “A vision of grey, 50 shades of show.  Your musicality was so much better.  Sometimes you bum stuck out, but it was only a moment or two.  So much better, you should be proud.”