Selena Gomez Laughs At Justin Bieber, Says She Made Him Cry (Video) 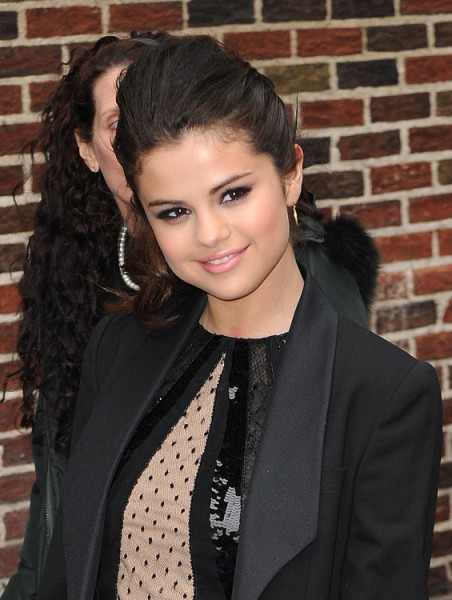 Biotch move. I don’t care in what context she said it even if it was meant to be a huge joke. It’s still a biotch move… and I naturally love it. It goes to show that when Justin Bieber sang Cry Me A River he was just trying to be a cool punk but when Selena Gomez sang it she meant it.

Last night on David Letterman Selena Gomez promoted Spring Breakers and threw some shade at her emotional younger boyfriend in the process. I’m actually loving the interview. I’m telling you… Selena is making me a fan. Two months ago I barely looked at a page if she was on it and now I’m actively researching what this little bad ass is up to. And you’ve got to give it up to Letterman on this. He went there. He not only brought up the chick’s very publicized ex-boyfriend but he ripped on him. He opened him up to be a punchline. Would that have happened before the tantrums? He drew the comparisons himself but is Justin making himself the next Lindsay Lohan? He just got kicked out of another hotel but this time it was in Paris. Justin Bieber says he was booted over crazy fans but as ever with Justin I’m sure there’s more to it.

But let’s get back to the video. Letterman leads into a charming story about how he made Justin Bieber cry the last time he was on the show and Selena, with perfect dry comic timing replies, “That makes two of us.” I almost don’t want to give her credit for it. Did they rehearse the bit beforehand? You have to be pretty quick on your feet to go head to head with David like that which is why I’m all sorts of impressed. What the hell was this girl doing with that kid for two years?