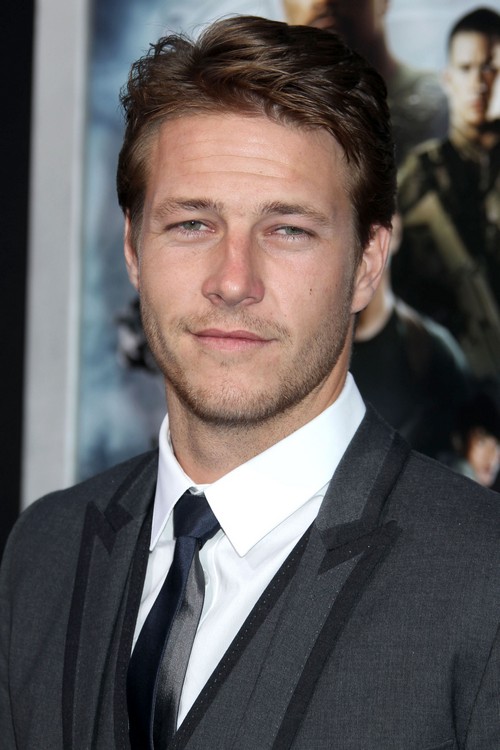 The first tactic for the filmmakers and studio behind Fifty Shades of Grey was trying to get the highest profile actor that would do the role, and now it seems to be the exact opposite. While they haven’t sunk as low to offer the role to CW actors, they seem to be targeting actors that don’t have a solid presence in the US, and could use Fifty Shades as a breakout role – much as Edward Cullen in Twilight did for Robert Pattinson.

Jamie Dornan seems to be the frontrunner for the role, with others mentioned including Francois Arnaud, Alexander Skarsgard, and Theo James, but a new name has entered the mix: Luke Bracey. A source even says that Luke is at the ‘top of the list‘, even though the competition is quite tough at the moment.

In the States, Bracey is best known for possibly dating Selena Gomez and co-starring with her in that heinous Monte Carlo movie. Bracey’s one of those stars, despite that stinker of a movie, who seems to have arrived overnight and is being linked to every major role in Hollywood. Coming from his native Australia in 2011, Monte Carlo was the first major role he landed. He then went on to star in G.I. Joe: Retaliation, and now has four movies in various stages of development: Amnesia, American Dream, Westside, and November Man.

Do you guys think Bracey could be a good choice for Christian Grey? Right now, the role seems to be dependent on who has the best chemistry with the film’s Anastasia Steele, Dakota Johnson. There’s probably no way they’re going to replace Dakota as well, especially since they’re on a major time crunch, so they’ll have to go with whoever has the strongest chemistry with their leading lady.