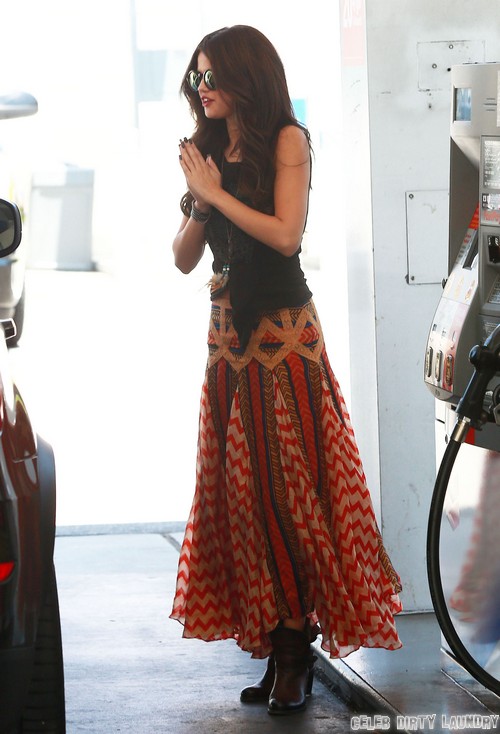 Radio interviews can be a tricky thing for celebs to do. Sure their handlers have already rattled off a list of do’s and don’t’s  for the interviewer but that doesn’t mean that they’ll stick to the script. On May 30th Selena Gomez showed up in Toronto for an interview at 99.9 Virgin Radio and was caught completely off guard by Mad Dog and Maura.

According to the July 1st print edition of Star magazine the morning DJ’s had been told under no circumstances to bring up Justin Bieber. The interview was going very well until the duo couldn’t resist poking at Selena’s most sore spot. Bieber had been in trouble the night before and so they played a medley of his worst outbursts and simply asked Selena if she wants to get back together with him. Girlfriend dissolved into a pile of tears and stormed out of the studio.

Selena’s PR person spent a good ten minutes in the hallway lambasting the producer of the Mad Dog and Maura show before Selena returned to lecture them all on hurting peoples’ feelings. Needless to say, this interview never hit the airwaves. Those close to the starlet say that she has been really hurt by Justin’s recent dalliance with Miley Cyrus and that she is holding them both accountable. Selena believes that it’s a line that Miley should never have crossed, out of simple respect.  I don’t think Miley knows or even cares to learn much about respect these days. She has made it pretty clear that she’s going to do what she wants, whenever she pleases.

It’s pretty obvious that Justin was Selena;s first real love and that’s part of the reason that she’s having such a touch time letting go. Do you think she’s over him yet? Or will Selena have to go back for another round or two of hurt before she finally believes she’s better off without him? Tell us your thoughts in the comments below!