Is Justin Bieber Driving Selena Gomez To “Bat For The Other Team?” 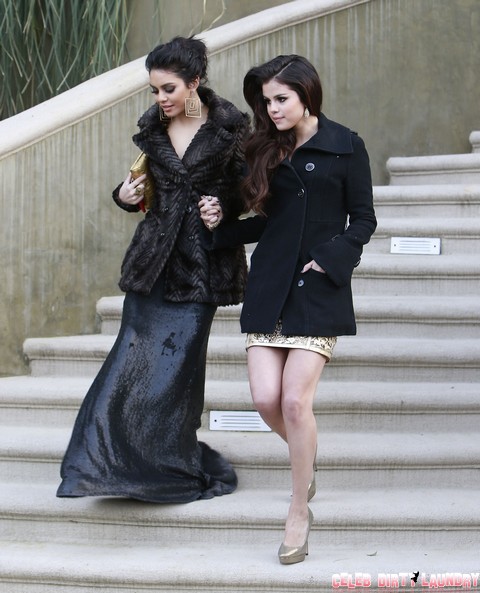 Hmm… this sounds a little fishy. It looks like Selena Gomez is turning to women after her failed relationship to Justin Bieber ended just a couple of weeks ago. The former Disney starlet is definitely not holding back with her “grown up” image as she hints she may have a little something going on with Taylor Swift and Vanessa Hudgens. When you go through a breakup, the first thing that you do is pretty much hit on anyone that comes in your way, right? No? Oh, just me? Well.. me and Selena must have something in common then. Ha!

Nevertheless, we all know how close Taylor and Selena have been during the last few months leading to her breakup from Justin. You might have noticed that every time Bieber is on tour or on work duties outside of Los Angeles, Selena is always seen with the country singer or even Vanessa Hudgens – they usually dine out or they just have sleepovers at each other’s homes. But then, all of a sudden, when Justin is back in town, you never see Selena hanging out with her so-called “friends”. Why is this?! Clearly she’s a lesbian and didn’t want want the Biebs to get suspicious.

It was pretty damn obvious that Selena is sleeping with Taylor and Vanessa after the interview she gave to People where she even outed her best friends, saying because they are a little older than her, they are more experienced too! Wowza, Selena. We didn’t need you to tell us all of that, but we’re not complaining. “It’s helped [me] having Taylor and Vanessa both be older than me. They’ve kind of experienced a little bit more, and at the same time we’re experiencing the exact same things together.”

Though we didn’t expect this from Vanessa, considering she’s pretty loyal to the boyfriends she goes out with, Taylor… well we didn’t expect anything less. She recently added Harry Styles to her ‘You’re dumped and I’m writing a song about you’ list, which already includes Taylor Lautner, Cory Monteith, Jake Gyllenhall, John Meyer and supposedly Ed Sheeran. Maybe she is also starting to get sick and tired of having her heart broken by the guys and wants to try out something new.

Selena adds: “It’s nice just to be able to pick up the phone and be like, ‘Ugh, I had this person say this and it’s annoying’, and have someone understand and really get what you’re going through. I think that’s [our] main connection. I just enjoy having people in the business in my life because it helps.”

Go ahead, Selena! We’re not stopping you. If she was to be as childish as Justin Bieber who posted pictures of his butt on Instagram as a ‘Kiss my ass’ message in hopes that Selena would actually care and respond. Well, we hope Gomez gets back at him by finally coming out the closet and publishes her own X-rated pic of her, Taylor and Vanessa. Now that would be a pic we’d all love to see!! Forget Justin Bieber‘s butt.