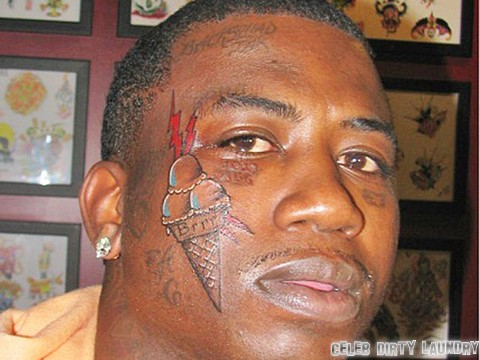 The tan lines may have faded after the filming of Spring Breakers but it appears the relationship between Gucci Mane and Selena Gomez hasn’t. The stars were baring skin and feelings according to costar Vanessa Hudgens.

Selena Gomez professed her affections for the rapper turned actor.. at least for his music.  It’s also been reported that Selena was seen spending an inappropriate amount of time in Gucci’s trailer. Could all these things be pointing to a blossoming relationship?

It could very well be so.  Or maybe Selena was just waiting for Gucci to wake up from another nap. According to Director Harmony Korine, Gucci fell asleep during his sex scene. Whaaaattttt.

It’s suspected that marijuana’s was the culprit. If a nap is to blame for an inappropriately long trip to his trailer, marijuana has to be the only reason to doze off with Selena in the same room.

Spring Breakers is a trip in itself for Selena, taking a break from her typical sweet and innocent roles.

Whether she returns to her bubblegum persona remains to be determined. Selena’s tromp on the wild side may have been enough to catch Gucci’s attention. Who knows, it might have been rousing enough to keep him from slumber!

Spring Breakers comes out Friday, March 22 and will give everyone an opportunity to see if there’s any on-screen chemistry to match what’s been happening off screen.

Then again, maybe Selena is just a fan of Gucci’s music.