Why Is Selena Gomez Sleeping With Justin Bieber’s Pals? 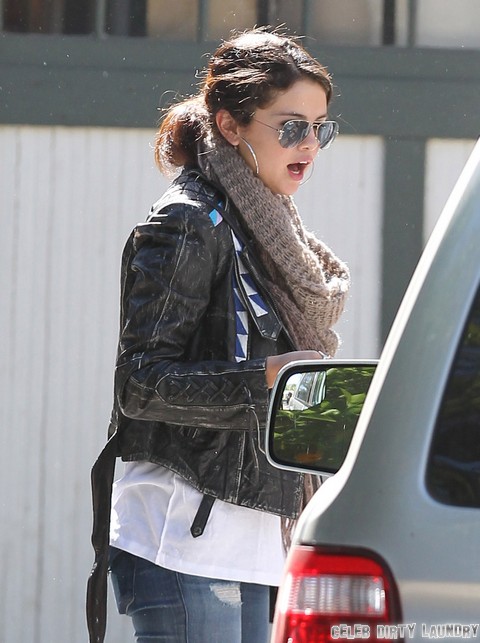 Why does it seem like no one is Justin Bieber’s corner lately? Rumors are in the air again that ex, Selena Gomez, has a hookup buddy. Remember when it was rumored that Selena was spending an inappropriate amount of time with rapper and Springbreakers costar Gucci Mane? Then the rumors that Selena might be romantically involved with Justin friend King Kevi. And while it seems like it’s bad enough for Selena to be going for someone so closely tied to her ex, what does it say about Justin’s group of friends?

Maybe people feel that because Justin has such a huge fan base of women willing to throw themselves at his feet that his friendss can be less sensitive to the normal code of conduct that usually governs a friendship, but Kevi and Selena may have gone too far this time.

Justin has been a pretty easy going person when it comes to his less famous friends taking advantage of his own fame and the benefits that accompany it. He let’s them throw parties at this mansion while he’s on tour and borrow his expensive cars  –  just being associated with such a big name couldn’t hurt their status.

King Kevi probably had his own career in mind when he entered into a love triangle with Selena and Justin. A little attention couldn’t hurt his career as a rapper, could it? Perhaps King Kevi tried to associate himself with royalty status a little too soon.

Meanwhile, months after their relationship has ended and Selena is still finding ways to take jabs at Justin.