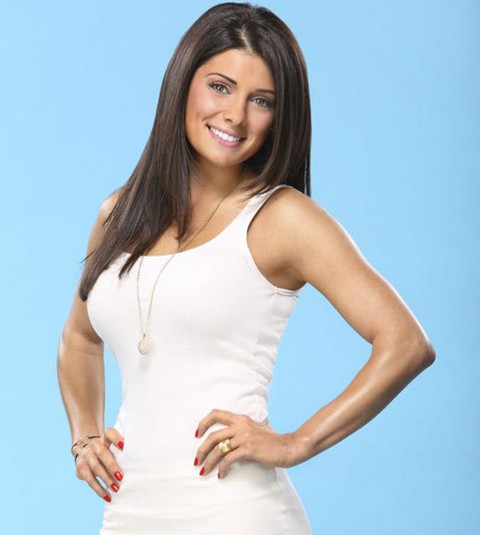 Every season of ABC’s hit show The Bachelor is filled with women who are just looking for fifteen minutes of fame. Most women get just that—one really dramatic, tear-filled episode, and a few commercial spots that show them either weeping and phlegmy, or lunging to attack another girl. While we haven’t seen Selma Alameri engage in either of those things yet, history promises we will, in time. The 29-year old contestant made it past Sean Lowe’s second rose ceremony, but insiders claim she isn’t on the show to find love—she just wants fame!

“Selma is not on the show for the right reasons,” an insider reported to National Enquirer, print edition January 28, 2013. “She loves professional athletes, the limelight, and money.” Selma split from professional baseball player Mike Napoli, who played for the Texas Rangers while they were dating. But Selma wasn’t going to waste time moping around after the break up, and started filming The Bachelor just two months afterwards! The insider insists that Selma “views her appearance on ‘The Bachelor’ as nothing more than a stepping stone into a TV career.”

Remember on Ben Flajnik’s season, when that blonde girl was eliminated because she wasn’t over her ex? I feel like Selma could go home for similar reasons! All the girls who make it onto the show are supposed to be head-over-heels for Sean from day one—there’s no room for uncertainty! The insider doesn’t think Selma will fall in love with him—at least not for real! “Sean is in good physical shape, but he’s not a pro athlete and he’s not rich. However, he IS on TV, and the exposure Selma gets from doing the show will go a long way in helping her with her Hollywood ambitions.” Selma currently owns a real estate company in San Diego, but is looking to climb that celeb social ladder! How long do you think she’ll last before Sean sees through her act?