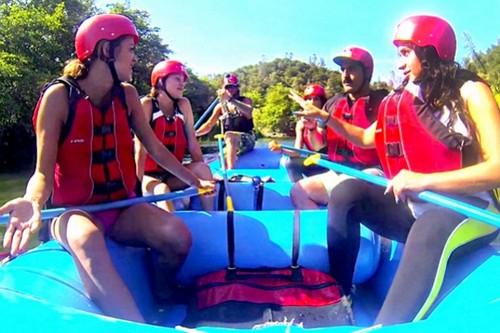 Tonight on Bravo SHAHS OF SUNSET continues with a new episode called, “Sorry. Not Sorry.”  On tonight’s show Mike helps his family pull together an epic Persian party to celebrate his brothers’ graduation.  Did you watch last week’s season 3 premiere?  We did and we recapped it right here, for you.

On last week’s episode MJ is back in the group’s good graces, but after spilling one of GG’s secrets to her boyfriend Sean, she finds herself in yet another rift. GG asks for an apology from MJ, but MJ refuses leaving GG to retaliate by trying to get Leila to fire her. Lilly is still reeling from MJ’s assertion that no one in the group is her friend and questions why she even bothers. Mike helps his family pull together an epic Persian party to celebrate his brothers’ graduation from dental school, but tempers boil over at the party when Leila has to pull an angry GG and MJ apart.

On next time Mike tries to drum up new business for his partnership with Reza using an outlandish method, but finds his mom’s approval is hard to come by. Asa works to move forward with a new art show and finds herself on the defense when Lilly confronts her about not standing up for her at the group dinner. GG and her family go on their annual rafting trip and invite Reza… who decides to trick MJ into going with him in an attempt to get MJ and GG to mend fences. After an epic rafting excursion, GG asks again for an apology, but MJ still refuses to accept she did anything wrong.

Shahs of Sunset Episode 3.04 “Sorry. Not Sorry,” opens with MJ and Reza getting facials together. While getting their facials Reza invites MJ to a weekend spa resort, he promises her tanning, swimming, and fancy cuisine. MJ is sold on the idea, little does she know Reza is tricking her and he is actually taking her to go white-water rafting with GG and her family (he wants to help them make amends).

Mike is meeting with a marketer to help him get him and Reza’s faces on the sides of the city buses, he thinks it will help him prove to Mike that he means business. The marketer tells him that it will cost $45,000.00, and Mike turns him down, he manages to bring the price down to $35,000.00 and they have a deal.

Asa and her art assistant are meeting with the owner of an art gallery. She wants to showcase a story of her childhood on video images. She plans to stand in the corner of the gallery and have a projector project photos onto her body. The gallery owner tells her to get back to him in a few days when she knows what message she is trying to convey, Asa says she needs at least three months to prepare, and the gallery owner says that’s not possible.

GG and her friends and family, including her sister Leila, arrive at the camp where they will be spending the weekend rafting. GG is waiting for Reza to arrive, she has no idea that he is bringing MJ. GG is assembling their tents, while her family stands by and watches.

Reza and MJ are still en route to the “spa.” MJ is starting to get restless, they have been driving for over five hours.

Back in LA, Mike is having lunch with his mother and endured an awkward conversation. Mike has always felt like the least successful member of his family, and is constantly trying to prove himself to his parents. His new marketing investment rolls up, a city bus with Mike and Reza’s faces plastered on the side of it, and his Mom loves it. She even poses with his moving billboard so he can take a picture.

MJ and Reza are finally arriving at GG’s family’s campsite, to crash their rafting trip (GG has no idea he is bringing MJ with her, they haven’t spoken since the blow-up at Mike’s brother’s graduation party). MJ is less than thrilled when they arrive at the campsite, which is according to her, “in the sticks of Sacramento where people get murdered for less than a dollar.” GG isn’t exactly thrilled to see MJ at her family’s campsite, but she swallows her pride and slaps a smile on her face, because she doesn’t want to cause a scene in front of her family.

Once MJ changes out of her six inch heels, the group heads to the river and climbs into their rafts. They start off good, paddling around, until GG goes overboard and Reza pushes MJ in while she is trying to help her back up into the raft. Once they get drenched, their demeanor seems to go downhill quickly.

While MJ, Reza, and GG are going for a dip in the “Sacramento Sticks,” Asa is meeting Lilly for lunch. It is the first time they have seen each other since MJ informed Lilly her friends weren’t Lilly’s friends, and no one stood up for her. Lilly skips the small talk and cuts right to the chase, she wants to know why Asa just sat by and let MJ ream her a new one without interfering at the group dinner. Asa doesn’t see how it was her responsibility to stop MJ and Lilly’s fight, in her eyes it’s their beef and their problem. After some more lecturing from Lilly about “fake friends,” Asa caves and apologizes for not sticking up for her. However, she does warn Lilly that in the future she has to have “thick skin” in order to hang out with the group.

In Sacramento, GG finally addresses the elephant in the raft, and makes a joke about running home and telling Reza’s boyfriend that Reza was trying to talk to someone on a passing boat. GG also reveals that she is waiting for MJ to apologize to her for telling her boyfriend she cheated on him. MJ feels like their relationship wasn’t real, so it’s okay that she sabotaged it. Apparently Asa and Reza share the same logic, because he intervenes and tells GG that if she is going to be in their group she needs to have “thick skin.” GG isn’t wavering though, she wants an apology from MJ. She puts MJ on the spot and asks her point blank if she is sorry for what she did, MJ thinks about it for a moment and then responds “No, I’m not.” Then the waves begin crashing, and they don’t have time to talk anymore, they have to paddle. They manage to make it through the waves without losing anyone overboard.

Once they get back to the campsite Reza gives MJ a pep-talk and gets her to come out of the tent and make smores with GG and her family. Reza has never had smores, he is afraid he is going to get his “Persian card revoked” after his night in the wilderness. MJ and GG are still not getting along, GG has obviously not forgiven her, and MJ still doesn’t think she did anything wrong. After hashing out their differences in front of GG’s whole family, MJ still insists the is not sorry. GG storms off, and her Dad shares some wisdom with her. He explains to her that when two people are friends for a long time, there are going to be some issues that they just never agree on. GG’s Dad calls MJ over to try and help them repair their friendship. By the end of the night, despite everyone’s attempts to help GG and MJ work out their differences, they still don’t see eye to eye.