Sharon & Ozzy Osbourne Have Gotten Back Together! 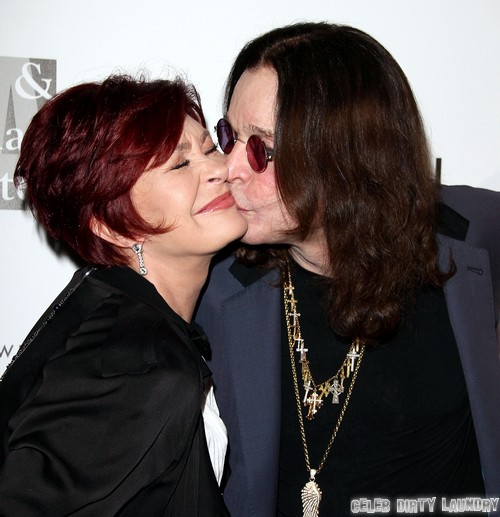 This is for all of you naysayers who said that Sharon and Ozzy Osbourne wouldn’t get back together! According to the latest gossip, the happy rock ‘n’ roll couple have reconciled their differences and are back under one roof. YAY!

Sharon has agreed to take Ozzy back, but only under the condition that he agreed to undergo random drug and alcohol testing. A source revealed, “Ozzy will do anything Sharon asks as long as she’ll take him back. He can’t bear to live without her. But she warned him, no more sneaking around behind her back doing drugs or drinking.”

The snitch went on to say, “Any slip-ups And she’s out of there. And to make sure he stays on the straight and narrow, he’s agreed that Sharon can give him random drug and alcohol tests. During the relapse, Ozzy was up to his old ways, gobbling down a bunch of pills and then chasing them with bottles of booze, beer, brandy — you name it.”

The spy added, “Sharon told Ozzy that it’s all well and good for him to be sober for a month and a half, but she wouldn’t go back to him until he’s on the wagon for at least three months. Sharon was blindsided by Ozzy’s relapse. Now, she’s not taking any chances.”

We can’t say that we’d blame her one bit for having him tested randomly. Do you?