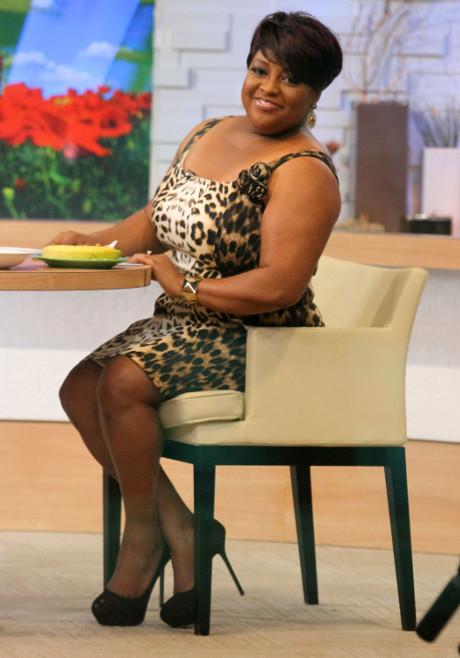 We’re not even halfway into the season and the rumors are starting all over again. Sherri Shepherd is apparently looking for another job. A source who works closely with production says that The View host is worried she will be out of job once Barbara Walters retires next year.

The View has seen so many hosts sit around the table over the past few years. It’s like watching grown women play musical chairs or tuning in every week to see who is going to “outwit, outplay, outlast” this game of SURVIVOR. Jenny McCarthy is the newest cohost and has seen a lot of controversy and criticism since starting in September. The source claims that Barbara wants to make sure the panel is perfect before leaving and this may mean getting rid of some people. Sherri is quietly looking into other opportunities just in case she gets the boot.

“Sherri wants to stay on television, in either a hosting capacity or a sitcom. She’s looking into various roles and putting her feelers out there. She’d love to have her own talk show, but that isn’t her focus right at this moment,” says the source.

Earlier this year, Elisabeth Hasselbeck and Joy Behar left the show and Jenny McCarthy helped fill the void. If Barbara and Sherri both leave, that only leaves Whoopi and Jenny at the table. I’m actually surprised Whoopi has remained with the show for six years. Most of the time she checks out after the first segment and doesn’t seem interested in the conversation or the guests.

It’s been hard trying to get back to that great chemistry the co-hosts had back in the early 2000s. It might be time for ABC to cancel the long-running chat show when Barbara retires. But then where would Sherri go? Has The View overstayed its welcome?