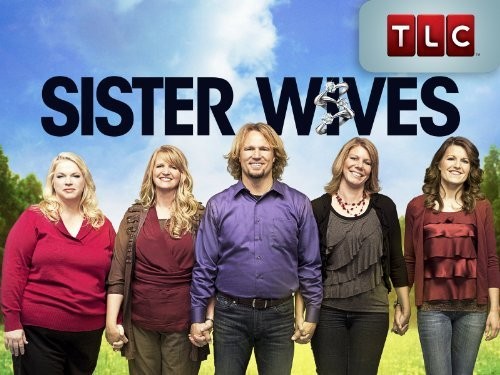 Episode one of the new season of TLC’s hit show Sister Wives airs tonight titled “Picking Up the Pieces.” If you have never watch this show you will meet Kody Brown, his four wives — Meri, Janelle, Christine and Robyn and their 17 children! We get to follow the Brown family and see how they attempt to navigate life as a normal family in a society that shuns their polygamist lifestyle.

On the final show of last season the Browns prepared a proper send-off for Logan’s graduation, Kody and the wives pushed hard to get moved into their new homes before Christmas.  If you missed last seasons finale, you can check out a full and detailed recap, right here.

On tonight’s show the Browns make strides in reuniting the family by doing the first walk-throughs of each of their four adjacent homes. Meanwhile, the family business continues to struggle, creating tension among the wives. And Robyn asks Meri about her surrogacy offer.

We will be covering Sister Wives Season 4 Episode 1 tonight at 9 PM EST so don’t forget to come back to this site for our full and detailed recap.  Make sure to refresh often to get the most recent details.  While you wait for the recap, let us know how excited you are about the new season of Sister Wives!

It’s been almost two years since the family moved from Utah. For the last couple of years the women and children have been separated. The family has bought up four lots and are putting a rush on their new homes. Kody and the sister wives do a framing walk through.

There are certain things that need to be changed in all of the wives’ homes. There’s a lot to be done before they could move in by Christmas. And to top it off there seems to be some financial restraints. Their family business is going slow. Robyn feels that family issues are stopping them from growing their business.

Janelle is worried about this upcoming weekend. She’s more pessimistic and fearful about how she’s going to provide for her kids. She feels this new business can become successful but not successful enough to support their whole family and that’s why she wants to focus on her real estate career. Christine is also worried. They want to support Robyn but they have to be honest. The two women aren’t invested and admit that. Which only serves to frustrate Robyn. This was her project and she feels Meri was the only person to back her.

Nothing will be decided until after the expose. Right around the time the expose is happening the story broke on radical polygamy group in the US, the FLDS. The group is vastly different from Kody and his family but they’re fearful about their reception at the expose. The venue where the expose is being held has even seen backlash because of the family.

Robyn gets easily stressed out. They have to sell a certain amount to break even and they aren’t selling the amount they should. Christine realizes that their jewelry is on the more expensive side at the trade show. On Day 1: they were supposed to sell a hundred but ended up selling only seven.

On Day 2: they get some more prominent backlash. Several women have taken an issue with polygamy. One woman went as far to say she hates them. In the end they only sold nineteen items. The only good thing to come out of it was that Meri and Robyn bonded very well. Janelle is focusing on her real estate business and Christine envies the Robyn and Meri’s relationship but doesn’t have the time.

Robyn wants everyone to be involved because she believed it would keep the family closer together but Christine is there feeling like if she doesn’t role her eye or leave at the family business meetings than that is showing support.

Robyn’s son Solomon is turning 1 and their hosting the party at Meri’s house. After her son was born, Robyn offered to carry a baby for Meri. Meri has only been pregnant twice and she lost the second baby. So she’s torn about trying IVF or whether not she wants to have another baby. She’s 42 and that worries her. However she’s glad that Robyn offered her this new choice. She just hasn’t made a decision yet.

Solomon’s birthday goes well and everyone got to enjoy it before they drove over to see the new houses. The kids are excited to be in the new houses and can’t wait. Yet how will it play out with the wives so near to each other that they see everything one of them does?