BY Dorothy Gale on May 14, 2013 | Comments: 6 comments
Related : Reality TV, Recap, So You Think You Can Dance, Television 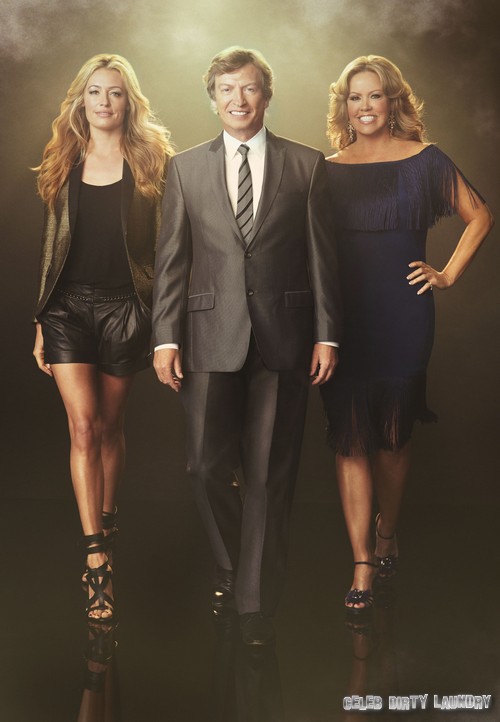 Tonight on FOX,  SO YOU THINK YOU CAN DANCE returns with its 10th Season and a two-night premiere as the search begins for America’s favorite dancer.  Judges Nigel Lythgoe and Mary Murphy start another season of critiquing  the contestants and Cat Deeley hosts.

Like last year’s season 9, SYTYCD’s tenth season will once again combine the contestants’ performances and eliminations into one two-hour episode each week.

On tonight’s show the search for “America’s Favorite Dancer” begins tonight on the 10th Season of SO YOU THINK YOU CAN DANCE! Watch what happens when the most gifted dancers – skilled in a variety of dance styles, including jazz and krumping – all compete for a prized spot on the live shows in Los Angeles. See who impresses the judges.

So You Think You Can Dance Season 10 Premiere airs tonight at 8PM and you don’t want to miss the Dancers trying to impress the judges with their moves and rigorous routines in order to survive the auditions and be invited to Hollywood.  Celeb Dirty Laundry will be live blogging the show each week, so don’t forget to come back to this spot at 8PM EST for our live recap!

RECAP: Over the years we have seen thousands of contenders and it just gets better. You might think we’ve seen it all, but this season will prove that wrong. This year we hit double figures, it is season 10.

Tonight we are in LA with judges Nigel Lythgoe, Mary Murphy and Jesse Tyler Fergus0n. First tonight is a street performer named Du-Shaunt Fik-Shaun and his performance is good enough that it gets him a ticket to Las Vegas.

19 years old from Salt Lake City, Utah is Malece Miller and she has all the support from her single mom who is jumping up and down in the audience. Her mother used to be a tap dancer and she has taken it up as well but she is dancing contemporary for her audition. Mary calls Malece a cutie patootie, she loves her different look, it’s innocent and there was so much right going on in her performance. Jessee loves her gorgeous face, he calls her beautiful. Nigel thinks there are starts and stops. Malece gets her ticket to Vegas.

21 years old Paul Kamiryan is a Latin ballroom dancer who went to So You Think You Can Dance in Armenia and he won. Jessee wants to know who plays the quirky red headed guest judge in Armenia. Nigel thought it was excellent and Paul reminds him of Benji. Mary thinks Paul has it all. Jessee also loved Paul’s performance and he gets a ticket to Vegas.

Elijah Laurant is wearing a tutu on stage that he classifies as his theater. Nigel found the performance to be an artistic beauty, he loved the little poses and felt a feline quality to it. Mary says she will never forget this piece, she loved his look, it was so powerful. Jessee says that Elijah really makes someone feel something with the littlest of motions. It’s a ticket to Vegas for Elijah, with his tutu.

Taylor Ward is next and she is tomboy, her nickname is Tiger. Taylor let go over her scholarships from playing softball and pursued dance a few months ago. In rehearsals Taylor dislocated her knee, but she is going to try to use more of her upper body and perform anyway for the judges. Jessee was nervous about her knee, but she is a beautiful dancer and she connected with them. Mary admits she would not have been able to dance, she loved Taylor’s professionalism. Nigel makes the decision that Taylor goes to choreography and both Mary and Jessee agree.

Morris Isby is 28 years old and a professional Bboy. Mary thinks he is exciting to watch for sure. Jesse loved it and so did Nigel. Morris is heading to choreography.

Armand “Armen-Way” has been rapping for ten years and the last one made him proud because he did a music video. It’s a ticket to Vegas without any further adieu.

Eric & Lorenzo Chapman with their older brother. The three brothers are waiting for their chance to hit the stage, their father was a Bboy and he passed away when the two younger brothers were young. They started their group to inspire more Hip Hop into the community and to show kids that no matter how hard life is you can still strive to be the best that you can be. Nigel found it inspirational even though they are not built like dancers. Mary loved it and wanted to see more. Jesse thinks if they put them on the show it would take them away from the world. Nigel thinks they should continue to go around the schools.

Tomorrow night SYTYCD is in Detroit and Twitch is back!