BY Dorothy Gale on May 15, 2013 | Comments: one comment
Related : Reality TV, Recap, So You Think You Can Dance, Television 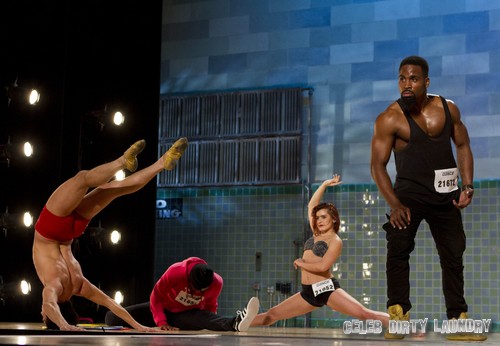 Tonight on FOX SO YOU THINK YOU CAN DANCE continues with a new episode.  On tonight’s show the second round of auditions are featured in the conclusion of the Season 10 opener.  Did you watch last night’s show?  We did and we recapped it HERE, for you!

On Last night’s show The show kicked off with past contestants tWitch, Cyrus and Allison all giving their thoughts on what it was like to audition. Host Cat Deeley welcomed us all to the show, declaring that we still haven’t seen it all and we are sure to be wowed many times over this year. And last night we began the exciting process of discovering who will be awarded a golden ticket to Hollywood.

On tonight’s show the search for “America’s Favorite Dancer” continues tonight in Part Two of the 10th Season Premiere of SYTYCD. Watch what happens when the most gifted dancers – skilled in a variety of dance styles, including jazz and krumping – all compete for a prized spot on the live shows in Los Angeles.

The Season 10 premiere drew 5 million viewers and a 1.9 in the adults 18-to-49 demographic, down half a point from last year.

So You Think You Can Dance Season 10 Episode 2 airs tonight at 9PM and you don’t want to miss the Dancers trying to impress the judges with their moves and rigorous routines in order to survive the auditions and be invited to Hollywood.  Celeb Dirty Laundry will be live blogging the show each week, so don’t forget to come back to this spot at 8PM EST for our live recap!

RECAP: Tonight we are in Detroit and the guest judge is Twitch with regular judges Mary Murphy and Nigel Lythgoe.

Jade Zuberi is 21 years old from Detroit and is up first tonight and he tries to take his audience and put them in an illusion. Nigel did not want it to stop because it just engrossed him. Mary says that he had her every moment, the music was just running through his body. Twitch says it was one of the best auditions that he has ever seen. It’s a ticket to Vegas for Jade.

Amy Yakima is 19 years old and has been dancing since she was three, her father is a doctor and she forced him to take dad jazz and Nigel gets him to go on stage and dance first, then it is Amy’s turn. Nigel is relived that Amy was that good, he loved her extension and contractions, it was amazing. Mary thought she was absolutely spectacular, she is very excited about Amy. Twitch said as powerful as the song was it never out powered Amy. It’s another ticket to Vegas.

Morgan Williams is 22 years old from Illinois and he dedicates this dance to his grandmother who has passed. Nigel says yes to choreography and Mary screams that he is going to Vegas.

Will Green is 27 years old from Detroit and he is dancing the Detroit Jit, Nigel asks if he has ever done any other forms of dace and he says he can do hip roll, Mary wants to see it. Mary sits on a chair on stage for Will and his dancing is so hot that Mary asks if there is a medic in the house. Nigel calls Will a great showman and wants him to go to choreography, Mary and Twitch agree.

Garrett Frye is 26 years old and he is next, his style is panic and he pretty much just goes with it. It turns out his style is comedic hip hop. Twitch says he learned a few things from him and it was super entertaining. Nigel says Garrett should continue to enjoy dancing for the rest of his life. It’s a no for Garrett today.

It’s time for the first choreography round, taking them through the steps are SYTYCD alumni Marco and Sasha. Will Green doesn’t go any further as when he was partnered up, he did freestyle and could have dropped his partner.

Tyrone Cobham is 18 years old from Ohio and loves tap because of the rhythm and he leaves with his grandmother who is his biggest fan. Nigel thinks it is wonderful that audience appreciates tap so much, he is thrilled to see one of the best tappers that he has had on the program, it was worth a standing ovation. Mary says it is the best performance she has seen in ten years, she loves the way he is so relaxed and so cool. Twitch wishes he could be as smooth in every day life as Tyrone was making music with his feet. It’s a ticket to Vegas.

Next we get to see male exotic dancers, Darrel Farrell is 23 years old and he is one of them. Darrel says he has been crumping since he was in his mommy’s stomach. Nigel doesn’t want to say anything because he wants to see the rest of the crew. DeFonte Thomas aka Prince Charming is the last one from the crew to dance. Nigel brings the rest of the crew out on stage and announces that it is really tough, they are going to split them apart. Smiles and Prince Charming make it to choreography, the rest don’t. The routine proves too much for Smiles. Prince Charming makes it to Vegas.

Next week it is off to Texas with special guest judge, Minnie Driver.