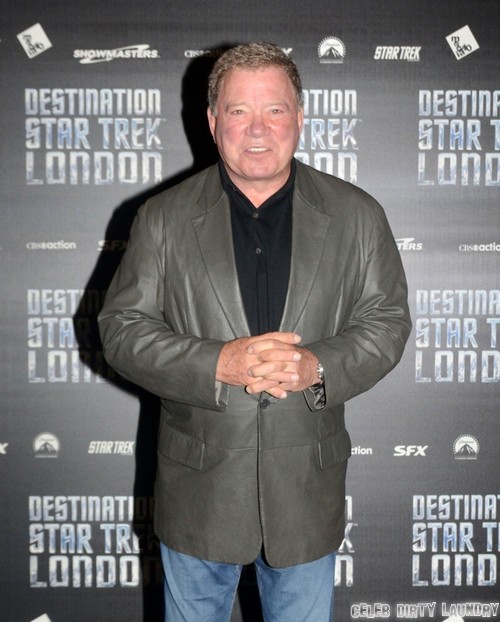 You may know him as Captain James Tiberius Kirk, T.J. Hooker, Denny Crane or even the Priceline guy…but one thing is for certain, William Shatner is an icon! Nerd alert!

Bill was selected for the role of Captain Kirk on Star Trek and held the role from 1966 to 1969. Prior to that, he starred alongside his Vulcan friend, Leonard Nimoy during an episode of The Man From U.N.C.L.E.. He is also known for playing alongside Heather Locklear in T.J. Hooker and as a lawyer alongside James Spader in Boston Legal.

We feel really old talking about Captain Kirk turning 82! Can you even imagine?!? It doesn’t feel like it was that long ago that he was kissing green women on the screen and going where “no man has gone before”.

Still, Bill is one of our favorite Star Trek actors and we want to send out our belated birthday wishes for his special day. Happy birthday Bill, from all of us at Celeb Dirty Laundry!