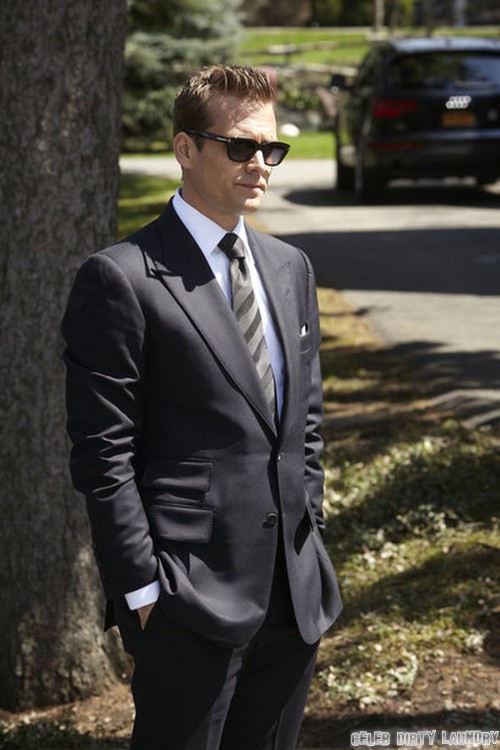 Tonight on the USA Network SUITS continues tonight with a new episode called, “I Want You to Want Me.”  On tonight’s show Harvey and Jessica team up to bring down an old nemesis who complicates their case.  Did you watch last week’s season 3 premiere?  We did and we recapped it right here for you!

On tonight’s show Louis offers Mike a case that could change his future at the firm. Harvey and Jessica team up to bring down an old nemesis who complicates their case to keep Ava Hessington out of jail.

Tonight’s season 3 episode 2 looks like it is going to be great and you won’t want to miss it, so be sure to tune in for our live coverage of USA Network’s “Suits” at 10:00 PM EST! While you wait for our recap hit the comments and let us know how excited you are for the season 3 episode 2 of Suits tonight.

In last ditch attempt, Mike went to Harvey and Donna to tell him how Jessica can no longer use him. He explains his blackmail but they aren’t interested. Unbeknownst to Mike, Harvey and Donna have just decided to stage a coup and make Harvey a managing partner.

The only person who would give Mike the time of day is Louis. He was heartbroken to have given up all of his associates. That is until Jessica offered him up an opportunity to mentor one of them. Two guesses on who he wants. However he should start by getting Harvey’s permission. He doesn’t know if Mike and Harvey are truly broken up or just having a fight and Donna isn’t willing to fill him in. But he had nothing to worry about. Harvey gives permission freely.

Before Louis asks Mike he takes out to a steak lunch. He has wine and cheesecake so Mike knows Louis is up to something. Louis asks for help and Mike offers. First thing he should know is that Louis is going to help with the research. It won’t be Mike doing it all on his own.

Jessica is worried about the Ava case. She tries to make amends with Cameron. Unfortunately it both failed and was thrown back into her face once Harvey found out what she did. No matter how she tries to make amends, she has yet to understand it’s too late. Anyways there have much more important things to worry about. Ava’s protégé turned on her and is supplying the D.A. with evidence.
Rachel sees Louis recruitment for what it is but Mike doesn’t. Their first case didn’t swing in their favor. Louis chooses not angry though. He takes Mike to get mud baths. While the two are there they begin speaking about their past. Mike knows it’s recruitment but what he doesn’t know was why Louis didn’t right out and ask him.

Louis was afraid Mike would say no because of their past. Their past wasn’t all bad though. Mike had some good memories and that’s when the idea comes to him. Ike knows how to win the case. Still he should have waited with his news. Seeing Louis naked and covered in mud will probably scar him for life.

Ava’s protégé will sell her out. Yet it takes Harvey to realize that the only reason they even found out about the guy was because he was bait. Cameron wanted to catch Ava with another bribery charge.

Rachel’s worried about Mike and Louis. They recently won their case and she thinks Harvey should forgive Mike before Louis takes him. She tries to tell Donna and gets shut down. She tries to get Mike and he fights with her. He doesn’t want it to seem that Rachel is fighting his battles for him. In particular because Harvey told him to break up with her. To strike back at him, she tells him Louis had gotten permission from Harvey.

Mike tries to go to Harvey again. This time to tell him his punishment wasn’t so bad. He likes working with Louis. Harvey tells him it wasn’t a punishment. They’re just done. There is no going back. He repeats the very same thing to Jessica.

Rachel gets even more hurt when she learns Donna had told Mike the same thing as Harvey. Words get exchanged and Donna leaves before their friendship gets ruined.
Cameron’s case is falling apart thanks to Harvey. The D.A. offers a plea deal. Harvey doesn’t want to take it. Jessica does. Jessica considers it winning. This makes Harvey know if she had to do it all over again, Jessica still would have betrayed him. Donna points it out to him that if it was all Jessica’s fault then maybe they should forgive Mike.

Harvey does forgive Mike and offers him a place by his side. The mighty duo are back together again. As for Louis. He threw away his congratulations cake for Mike without anyone seeing.