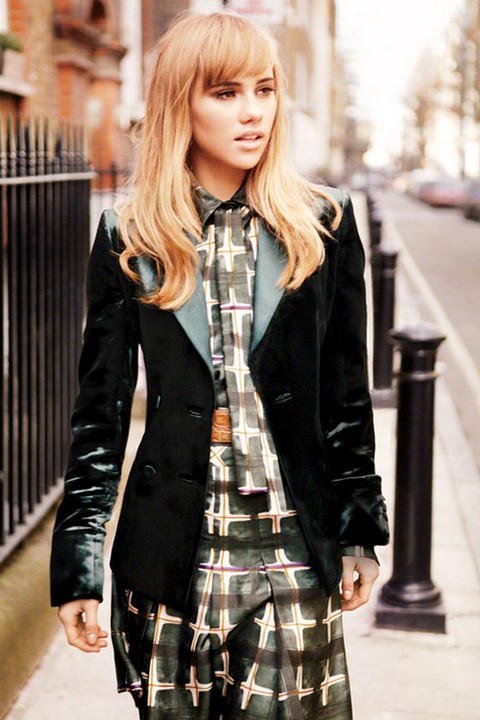 For those under denial over Bradley Cooper and Jennifer Lawrence not dating, this might make you even more upset. Cooper, who has been dating his 20-year-old girlfriend Suki Waterhouse for the past couple of months, has opened up about his desire for children.

In a new interview with Details Magazine, Cooper said, “Of course I have (thought about it). I really hope I have that experience in my life. I saw how much joy fatherhood gave my own dad. So I hope it’s part of my journey. You go through stages in your life, and fatherhood seems like a natural stage.”

While that makes sense and it’s a sweet sentiment, Cooper having children with his current GF would be borderline creepy. He’s nearing 40 [he’s currently 38 years old], and she could genuinely be his daughter. Sure, he’s a good looking guy and he’s a movie star, and she’s a supermodel – but it’s still gross. Somehow, you expect more of Cooper than you do of Leonardo DiCaprio, but that’s because Cooper goes around saying stuff like this. DiCaprio would never, ever admit to wanting children – we all know that as he gets older, his girlfriends will probably get younger, a la Jack Nicholson. However, Cooper can’t go around saying he wants to get married and have children, and then date girls who are practically children. No matter what anyone else tries to stay [and people have plenty to say on the matter], it’s skewed.

Of course, people will be unhappy about this for more than one reason. If he admits to wanting marriage and children – which, let’s face it, is probably not now – he is admitting that he’s looking for a serious relationship. A huge number of fans are under the impression that Cooper is madly in love with Lawrence, and he’s only going out with Suki to ‘pass the time’. If that’s the case, he should hold off on the children talk, considering that JLaw is not that much older than Suki to begin with. Or he should get back together with Renee Zellweger or Zoe Saldana, who are closer to his age and will probably settle down sooner.