Tara Reid Slams Mean Girl Lindsay Lohan, Is She Jealous Of All Her Second Chances? 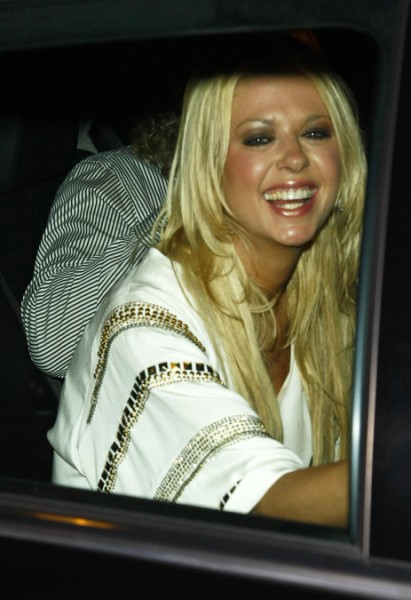 This is kinda like the pot calling the kettle drunk and stupid but it’s hella entertaining so let’s go with it.

Tara was recently caught saying: “We don’t really like each other that much. If I get drunk, I’m a happy drunk. When she gets drunk, she’s just mean. She’s so paranoid, anyone who has a camera phone on her, she drops it in the ice bucket. You can’t go on attacking people. She crashed one of my friend’s cars and I asked him ‘why do you let her do this’? He was like ‘I don’t know.’ I don’t think people should get away with that much.” Apparently Tara isn’t a fan of the fact people give Lindsay “chance after chance after chance after chance.” Well, we have that in common.

Slap me in the face but I actually agree with everything Tara said. But since it’s Tara Reid it can’t come from a place of logic or rationale – more like envy. Is Tara Reid jealous? Oh, I think so. I’m sensing some sour grapes over Mean Girl Lindsay Lohan and all her second chances. Perhaps Tara doesn’t feel like she got dealt the same hand? Maybe she didn’t but she also never showed the same talent Lindsay did in her acting career so there are some blatant differences here.Yes, both women have done nasty things to their faces and bodies and look light-years older than they truly are. Yes, both (have been rumored) to screw rich men for favors and, yes, both make shit movies now but Lindsay has potential. She’s always have potential but she’ll always have an elitist, shitty personality too. It’s her Achilles heel and why we all keep coming back to that Greek tragedy for more.

What do you make of the Lindsay Lohan/Tara Reid comments? Is Tara just telling it like it is or is she really just a green jelly bean underneath it all?