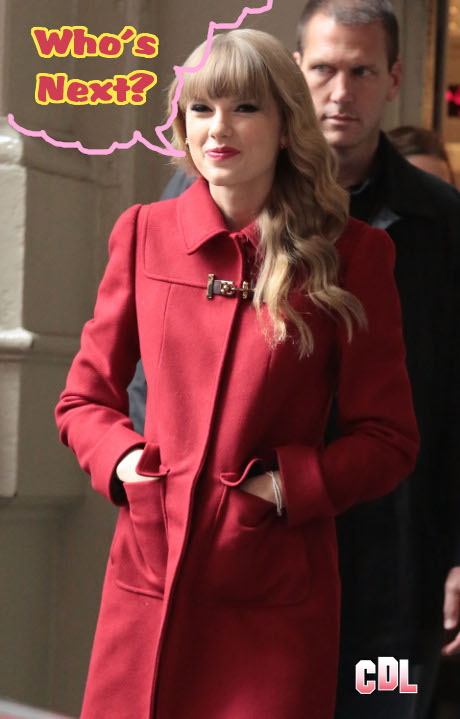 Of all the things Taylor Swift knows—how to curl hair, play guitar, skirt around boyfriend questions in interviews—she doesn’t know how to be single! She and Harry Styles called it quit last weeks after she realized he couldn’t give up flirting with other girls (and possibly after he got tired ofher refusing sex!), but she’s wasting no time! Harry may be parting with anonymous girls, getting all frothy in hot tubs and god knows what else, but Taylor is getting back out there too! She’s obsessively texting her ex, Conor Kennedy!

An insider revealed Taylor’s desperate texts to National Enquirer, print edition January 21, 2013. Apparently, Taylor “calls and texts [Conor] all the time. And she’s really annoyed that she’s not quite the focal point of his existence. Conor’s still in high school—and he’s never, ever, ever in need of female attention!” Apparently, Taylor thought he’d be waiting by the phone for her! But he’s making her work for it, since “everybody knows Taylor’s still nuts about Conor.” Harry could only offer her a second level of international fame, but Conor is American royalty! He’s her one way ticket to elite balls, strings of pearls, and classy dinner parties!

Conor is settling in to play the game, knowing he “doesn’t have to compete with some Brit in a boy band. He’s a Kennedy. Taylor can’t wait to see him again, and he knows it.” Though I think he’s a bit young to be playing such high stakes, I appreciate his efforts! I think Taylor gets off way too easily! She floats from one guy to the next,  falls way too quickly, and seems to call the shots (whether her songs reflect that or not)! Good for Conor—it’s time someone knew their self worth around her, and didn’t bend over backwards to do her bidding! Is reconciliation near, or will he make her sweat?