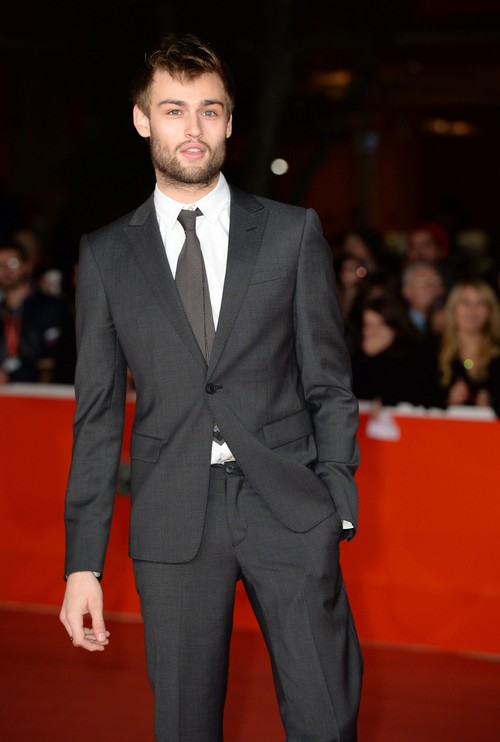 Taylor Swift has moved on. I don’t know whether we should start celebrating or start worrying about her new album already. I kid, I kid.

It’s been slightly less than a year since Taylor split up from Harry Styles, and she’s really taken her time finding her next boyfriend. According to People Magazine, Taylor is dating British actor Douglas Booth, best known for Romeo and Juliet but expected to be one of the industry’s fastest rising stars. It’s hard not to see why – with his cutting cheekbones and model looks, the boy is insanely good looking – and exactly Taylor’s type.

An eyewitness tells People about Taylor’s ‘cozy’ date with Douglas at the Holly Bush in London last Friday, explaining, “They hired the back room and were in there alone. They looked very happy [and] were just smiling and laughing just like any other customers.”

The couple met through Hailee Steinfeld, who worked with Douglas on Romeo and Juliet and has been best friends with Taylor for the past few years.

Taylor certainly has a thing for British guys non? First Harry Styles, now Douglas Booth. I wonder who she’ll move on to next. Well, let’s see how long her relationship with Douglas lasts first. For him, while I’m sure he likes her, all this added attention is only a boost to his career – so unlike Harry Styles, I don’t think he’s going to be so willing to let her go easily. Expect this couple to last a long time folks. I mean, unless Taylor goes overboard and suggests marriage, which wouldn’t really surprise me very much.

What do you guys think of Taylor and Douglas dating? Do you think they make a cute couple? Let us know your thoughts in the comments.