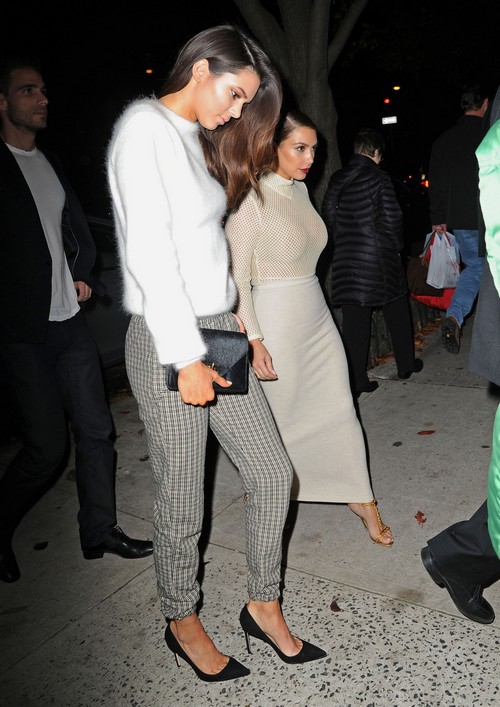 Well, no one should be surprised by this latest development. We originally reported that Taylor Swift has dropped Kendall Jenner from her Twitter list. However Taylor’s publicist has assured us that this is not the case since Taylor never followed Kendall in the first place!  It seems that the initial reports we received were incorrect.

As we all know by now, thanks to the quick proliferation of the news to the Internet, Kendall was recently spotted on a date with Harry Styles. We don’t know if they’re officially dating or hooking up, and I’d like to think Harry has more sense than to date a Kardashian family member, but you know what? Harry’s a young boy, and at that age, we all know what they’re looking for. Harry’s not exactly discerning when it comes to the women he hooks up with, and Kendall actually perfectly fits into his aesthetic type – tall, pretty, and leggy.

So even if Taylor is currently getting cozy with another Brit, Douglas Smith of Romeo and Juliet fame, that doesn’t mean she’s going to let this one slide. To her, the biggest affront to friendship is clearly when a friend dates an ex – and that’s exactly what’s happening with Kendall. Granted, Kendall and Taylor aren’t exactly BFFs, but they have hung out a few times, and they seem to be cordial.