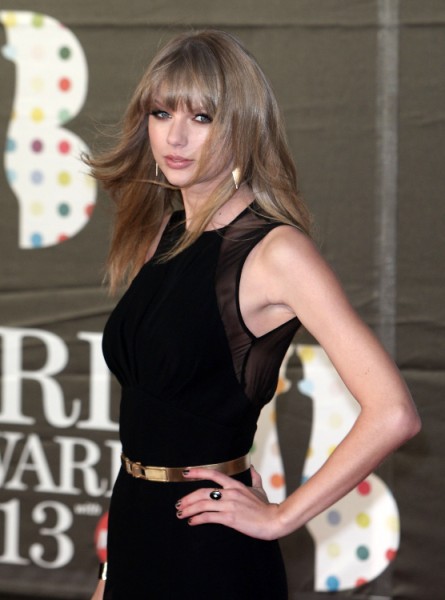 When it rains it pours for Taylor Swift. After news spread yesterday that her image has over saturated the market and she can’t sell magazines with her covers we found out she pitches her unopened fan mail in the garbage. Well, that’s not the story her people are going with so let’s explain.

Apparently some nosey chick in Nashville was spending way too much time examining the contents of a recycling bin when she came upon a box of sparkly, heart doodle-covered Taylor Swift fan mail. Not one to mind her business and just keep on walking, Kylee Francescan took it upon herself to rescue the box and contacted Taylor Swift Entertainment (and the local news) to rectify the situation.

Taylor’s spokesperson had this to say: “Taylor gets thousands of fan letters everyday and they are delivered to her management office. After the letters are opened and read, they are recycled. The only explanation for any letters being unopened would be that a small batch of mail that was supposed to be delivered to Taylor was accidentally put with letters headed for the recycling center.”

OK, whatever, I have no reason to believe she’s not telling the truth. Taylor does seem to take her fans seriously. I can’t see her being like, “Ugh, another box? Just pitch it!” But this still isn’t the best story coming out of Taylorland right now. According to WWD’s annual report, Taylor is getting about as much love as Anne Hathaway. Taylor Swift’s magazine covers have all done worse than expected. Her Cosmo bombed entirely. She’s everywhere and, seemingly, we’re all sick of her. Is this negative runoff from the Harry Styles romance? Could we be tired of her relationship victim persona? Is this a clue that she, along with her music, needs to take the challenge and grow up?

Clearly by the fan mail she still has legions of fans but for how long if their mail is found in the garbage? Is some serious damage control in need?